It won’t be long before I take to the air again, to Entebbe, Uganda with a stop in Brussels to pick up some Leonidas chocolates for my mum. (That’s what I’ve told her, anyway. In reality the Brussels Airlines flight was cheap and BA unhelpfully canned direct flights in 2015.) I took my first flight in 1970 aged just nine months, though I remember little about it. I’m told my smiling baby face calmed a few nerves. Some flights in the intervening period have been more memorable.

My first long haul flight was in 1992, to the Venezuelan island of Margarita. I don’t remember much about it, if I’m honest, but I think I’d have flown with the now defunct VIASA, the Venezuelan flag carrier, to Porlamar. There, I met an Italian and a few months later jumped on a plane to Turin to visit him. I’d flown short haul a few times as a child, but it was still enough of a novelty to be exciting, particularly when the pilot asked if there were any children on board who would like to visit the cockpit. At 23, I wasn’t going to let a small thing like age stand between me and a treat such as that, so I asked the cabin crew if I could go too. I was allowed, though I had to wait until all the children had been first. That turned out to be serendipitous – by the time I got my turn we were over the Alps. 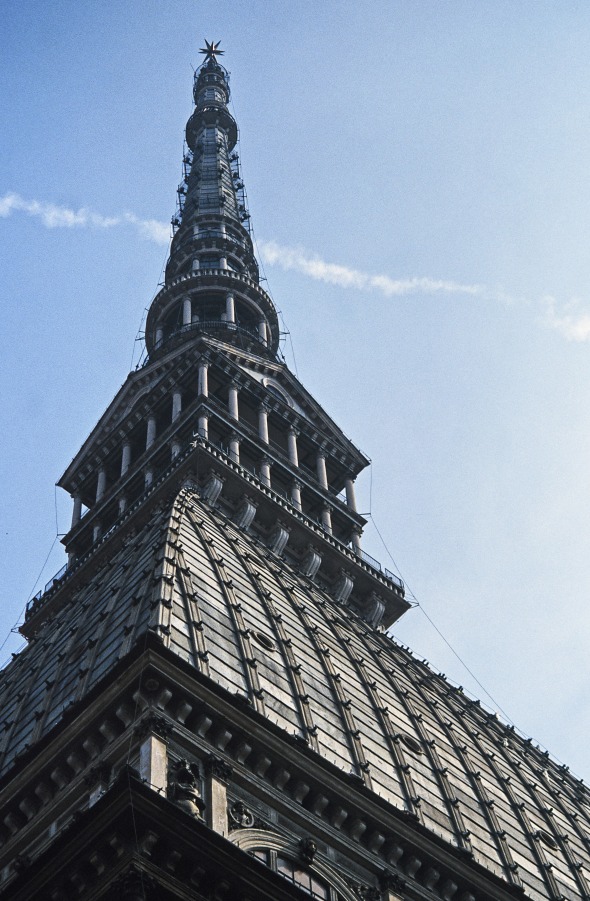 It was New Year and the Italian’s mother sent me home with a Panettone. Sitting in Turin Airport, I left it as long as possible to say my goodbyes, not realising that there would be no intercom announcements. I was the last to board and did the walk of shame down the aisle towards my seat, trying not to make eye contact with anyone. As I reached my seat, another passenger asked if they might swap with me to be able to join a friend. I agreed, only to find myself on the back row. In those days, smoking was permitted for those seated in the last two rows and I suffered the consequences all the way back to London. It’s hard to imagine a return to a smoke-filled cabin but in those days the dangers of passive smoking were only just being documented.

I’ve never experienced turbulence severe enough to cause injury, and hopefully never will. The closest I’ve come is on a flight into Juliaca, Peru in 1995. The airport lies at about 3800 metres above sea level and serves the nearby tourist town of Puno and Lake Titicaca. I should have expected a bumpy landing – like Chicago, Juliaca is nicknamed the Windy City because of its location, on the blustery Collao Plateau. I was grateful for a seatbelt and even more grateful when the pilot made a successful landing. At least I didn’t vomit. I remember very little of the Nazca Lines which I flew over that same trip with my head in a sick bag. If you’re planning to make the same flight, I have only one piece of advice: don’t down a bottle of Inca Kola before you take off.

In 2005, I visited Luang Prabang in Laos and to reach Hanoi, my next destination, I needed to take a flight with Lao Aviation. The airline had a disastrous safety record. Since 1990 it had reported five serious crashes, most with fatalities. Planes had crashed into airport buildings, clipped trees in fog, come down in dense rainforest or onto mountainous hillsides in heavy rain and even crashed on the runway in strong winds. As we took off from Luang Prabang, the fuselage began to shake alarmingly and smoke started to seep into the cabin. I did wonder whether my luck had run out. But we landed safely in Vietnam and the only casualty was a bottle of rice wine that had smashed in the overhead compartment, leaving a pink sticky mess over all my belongings.

To date, I’ve only missed one flight, excepting those times when a connecting flight’s been late in. At the end of that same trip, I’d finished up in Thailand and arrived at Bangkok airport in what I thought was good time for that evening’s overnight flight back to the UK. Unfortunately my timing left a lot to be desired, and I’d actually arrived 21 hours late rather than 3 hours early. Luckily, a sympathetic check in agent got me on the next flight without charging me extra for my mistake.

Finding check in was more of a problem when I flew back from Ulan Ude in Siberia to Moscow in 2009. Arriving at the airport, I breezed inside to find I couldn’t see a single check in desk. All the signage was in Russian, using the Cyrillic alphabet, but even with a phrase book I couldn’t match the symbols to anything relevant. I’d managed to get all the way across Russia without incident, yet I couldn’t do something as simple as check in for a flight. My attempts at miming and making hand gestures were met with shrugs from bemused passengers and staff. In the end, I noticed someone go through an unmarked white door in an unmarked white wall. It turned out they’d hidden the check in desks. Behind the wall, as if in a parallel universe, check in procedures were happening as normal. To this day, I have no idea why, nor any clue as to what the purpose of the other hall was and why so many people were queuing in it with their bags. 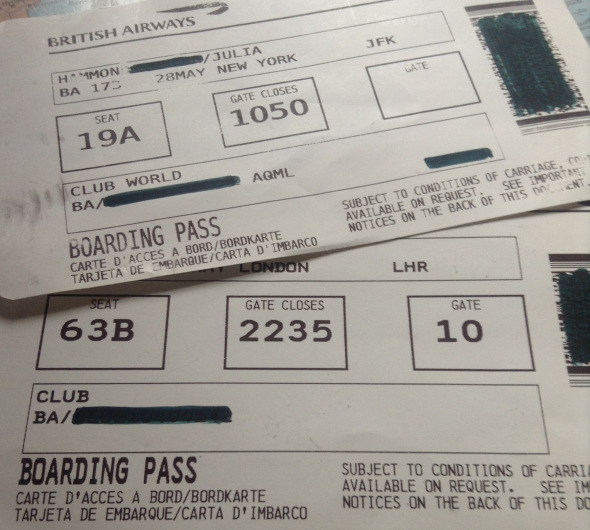 Perhaps the most memorable flight of all was the best flight I’ve taken: the time I flew business class with BA to New York in 2016. The experience is already documented on this blog, so I won’t repeat the story. But much as I enjoyed that flight, I have to admit, it makes for a better tale when things go wrong, doesn’t it?

This entry was posted on January 31, 2019 by juliamhammond. It was filed under Airlines, Airports, Flights and was tagged with how flights have changed, plane stories.