Cirque du Soleil’s back in London

Bulging veins riddled the man’s substantial biceps, triceps and quiadriceps like a toddler had been let loose with a crayon and scribbling pad. Beads of sweat trickled into the furrows in his forehead. He was mirrored by another, equally intense, performer who lie supine beneath him. Together, they contorted into ever more fanciful positions, bearing each other’s weight and holding positions that required muscle strength and concentration far beyond that which ordinary mortals could summon. The sight, just a metre or so in front of me, was as hypnotic as it was impressive. I, like everyone around me, was rapt.

That was my first introduction to Cirque du Soleil, over twenty years ago. Was it Quidam or Alegria? I can’t remember. Nor can I remember whether it was in the Grand Chapiteau or the Royal Albert Hall. But that doesn’t matter. What’s important is the spectacle of it all, the mesmerising performances that truly deserve the overused and rarely accurate epithet breathtaking. That’s what has stuck with me for all these years and that’s what keeps me going back to see Cirque du Soleil time and time again.

This week, Made and Greater Anglia supported a complimentary trip to see this year’s show, Totem. It was staged at the Royal Albert Hall – a treat in itself. As the lights dimmed, the compere revealed that it was a Royal premiere also, to raise money for Sentebale, a charity working with HIV-positive children in Lesotho and Botswana. Our seats would face those of Prince Harry and his wife Meghan, who wore a dazzling Roland Mouret gown. I felt underdressed in my wool sweater and scarf dampened by rain. Touching my make up free face, I resolved to make a bit more effort next time. But hey, who cares when the lights dim? 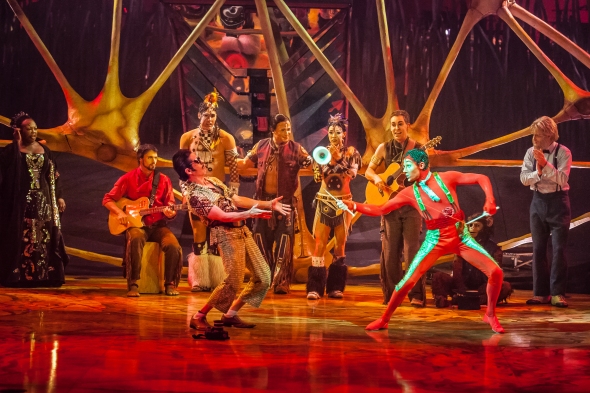 Totem wowed, just as the others had done before. From the moment the covers came off the skeletal turtle shell to the waves and bows of the finale, it was a showstopper. Acrobats, unicyclists, Russian bars and of course the almost obligatory Italian clowns – it had all the elements of the successful shows that I’ve come to love. 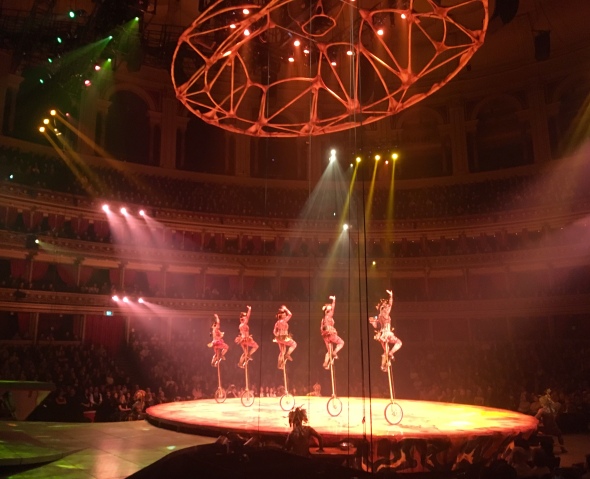 Stand out moments in the evolution-themed show included the flawless work of the Native American ring dancers and a wonderfully romantic rollerskate interlude conducted on a platform too small for any error. Clever choreography lent itself to a neat evolution of man set piece.

If I had one criticism, it would be that the music lacked the impact of, say, Alegria. As I’m writing this, the title song from what’s probably my favourite of all the Cirque du Soleil shows is playing in my head, although I’ve not heard it for years. Yet less than 48 hours after hearing Totem, I can’t recall a single tune. But don’t let that put you off. Whether you’re a die-hard fan or a Cirque du Soleil newbie, this is a show that you should definitely see. You’ve got until February 26th to catch it this time. 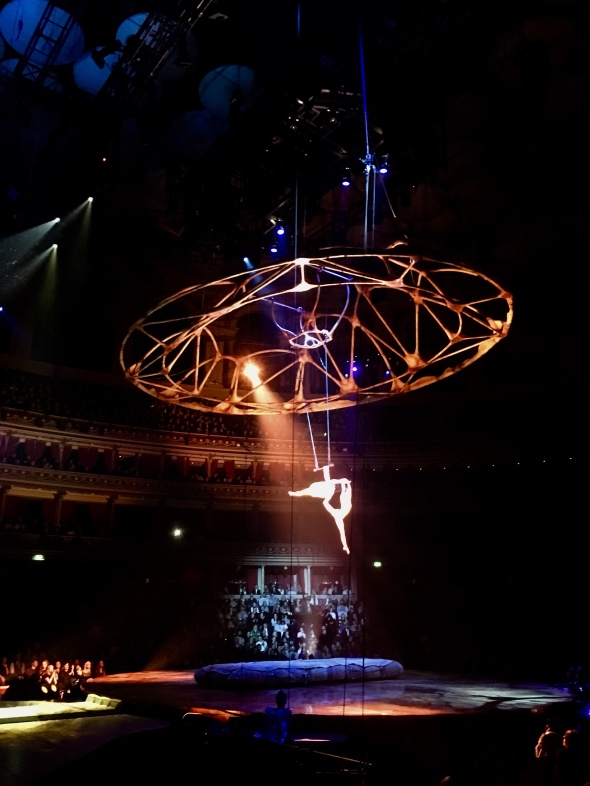 Made provided two complimentary tickets to Totem, for which I’m very grateful. I also appreciated the free rail travel provided by Greater Anglia – driving to the Royal Albert Hall at rush hour wouldn’t have been a pleasant trip at all. The train was clean, comfortable and on time, leaving me plenty of time for a pre-show drink. For more on Cirque du Soleil including ticket booking for the current London run of Totem, please visit their website at: