A beginner’s guide to the Faroe Islands

One of the most remote and most overlooked corners of Europe, the self-governing Faroe Islands might be part of the kingdom of Denmark but they believe in doing things their way. A long weekend is just sufficient to see why those who find themselves there can’t get enough of the place. In part, it reminds the traveller of Iceland, Norway, Scotland and even the Yorkshire Dales, but in truth it’s all of them and none of them.

Flights are operated by two airlines: Atlantic Airways and SAS. There’s a twice-weekly direct flight from Edinburgh to Vagar Airport. Flight time is around an hour. However, if you have onward connections, particularly on the inbound leg, it’s wise to allow a longer than usual layover because flights are often affected by bad weather. All other flights from the UK are indirect, with the greatest number of connections via Copenhagen as you’d expect.

If you have plenty of time, or are happy to be constrained by public transport routes, it is possible to get around without your own vehicle. An airport bus connects Vagar Airport with the capital Tórshavn. In town, the centre is compact and walking between the main sights is easily doable. In addition, there’s a free bus that links Tórshavn to historic Kirkjubøur. Ferries are as reliable as they can be given the wild weather, but cheap, particularly if you walk on. For instance, foot passengers travelling from Gamlarætt to Skopun on Sandoy Island pay just DKK 40 return (less than £5) while a car costs under £20. Multi-day travel cards might work out cost effective if you are travelling around a lot; they cost DKK 500 for four days and are valid on all buses and most ferries.

Car rental is best if you wish to get off the beaten track. We rented from 62°N which is affiliated to Hertz, Europcar and Sixt, but there are several other agencies. Typically, prices start at around DKK 600 (£70) per day for a small car. In my experience, roads were good quality and drivers courteous, but the buffetting wind can be disconcerting if you’re not used to it. The Visit Faroe Islands website has plenty of sound advice about driving conditions and rules of the road as well as this useful graphic:

Helicopter rides are also possible if the weather is playing ball, which sadly it wasn’t during my trip. A community initiative means that transport is subsidised, meaning you can be airborne for a tenner. A chopper transfer from Vagar to Tórshavn bookable through Atlantic Airways costs DKK 215 (about £25). Fares between other islands cost from DKK 85 to DKK 360. More here: https://www.atlantic.fo/en/book-and-plan/helicopter/fares/ 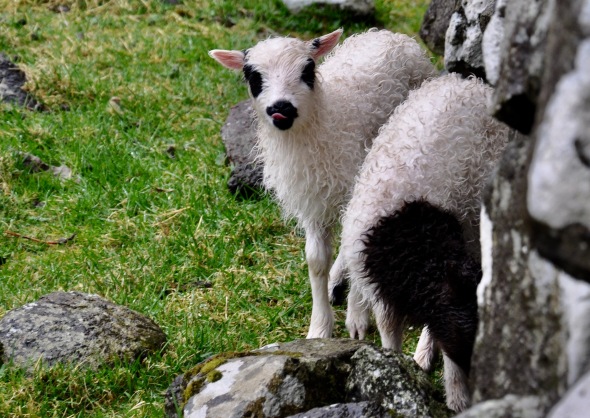 The Faroese capital is a delightful, quirky little place with much to recommend it. Begin between the twin harbours at Tinganes, seat of the Faroese government. The russet-painted government buildings with their verdant turf roofs are impossibly photogenic and unusually accessible.

The fish market on the quayside is also worth a look, and you may be able to blag a sample or two. There are plenty of cafes and a burgeoning bar scene; I can vouch for the hot chocolate in Kafe Husid and a beer in Mikkeller. There are also a clutch of good eateries in town including the excellent Barbara Fish Restaurant, where the broth for its bouillebaisse is poured from a vintage china teapot and the deconstructed lemon meringue pie is to die for. 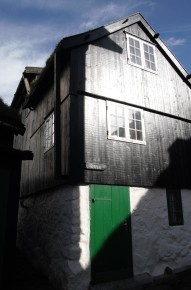 KOKS, the first Michelin-starred restaurant in the Faroe Islands, deserves its own entry. An evening here doesn’t come cheap – the tasting menu is an eye-watering DKK 1400 (about £165) with the wine pairings another DKK 1100 (approximately £130) on top. It might just be the most memorable and adventurous meal you ever eat, however, and is not to be missed. Your evening begins in a lakeside hjallur, or drying house, with some tasty nibbles of fermented lamb and dried kingfish. Next, you jump on a Land Rover for the short hop up the hill to the restaurant itself (this is not a restaurant for posh heels). From the opener of scallops served in a shell encrusted with live and very wriggly barnacles to the final mouthwatering dulse (red seaweed) and blueberry dessert, it was incredible. 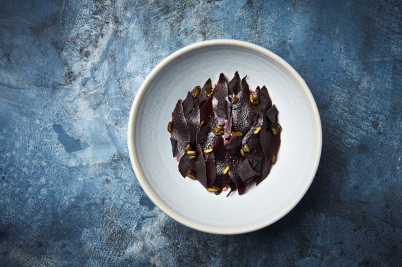 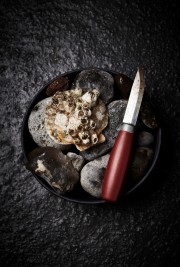 The historic village of Kirkjubøur is home to the ruins of St Magnus Cathedral, the largest mediaeval building in the Faroes. Next door, is the simple but beautiful whitewashed church of St Olav which dates from the early 12th century. It’s still in use today and 17th generation farmer and churchwarden Jóannes Patursson rings the bell to announce a service. Opposite, lies the oldest inhabited wooden house in Europe, the 11th century Roykstovan farmhouse built from stone and logs weatherproofed with black tar. It began its days in Norway, before being dismantled and shipped to its present location. Today it remains the Paturssons’ family home and is fascinating to visit. On the walls hang traditional whaling equipment, now obselete; Jóannes will explain and defend the long tradition of hunting pilot whales if asked. Whatever your personal views, it’s interesting to hear a Faroese take on the practice. 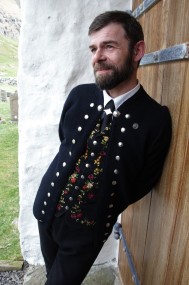 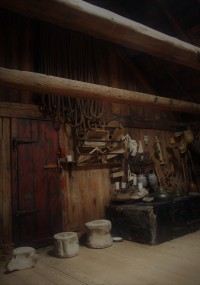 To reach the tiny village of Saksun, you’ll need your own transport (or be up for a lengthy hike) but the reward is a super hike alongside a tidal lagoon to the sea. The folk museum within the Dúvugarðar sheep farm is managed by the farmer himself who apparently isn’t too keen on tourists visiting, so don’t plan on gaining access. The setting’s the star here, though, and you won’t be disappointed by the walk along a sheltered, sandy beach hemmed in by steep cliffs. At low tide, and in good weather, it’s surely got to be one of the prettiest spots in the country. I visited in the pouring rain and on a rising tide. Despite the low cloud and the slightly wet feet it was still worth the effort. 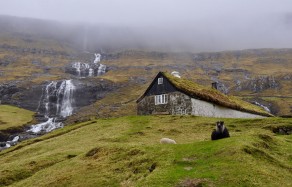 Weather killed my boat trip to the Vestmanna bird cliffs but I’m told the sight of the towering rockfaces crammed with puffins, guillemots and razorbills is an impressive one. If rain stops play as it did for me, the SagaMuseum, housed inside the tourist information centre, is an interesting detour, if a bloodthirsty one. Prepare for some pretty explicit waxworks; the creators didn’t hold back when telling the stories from the sagas of the Faroes’ Viking past. Decapitation, torture and drowning are all depicted in the gruesome exhibits. An audio guide is a must to learn about the fascinating tales behind the exhibits. 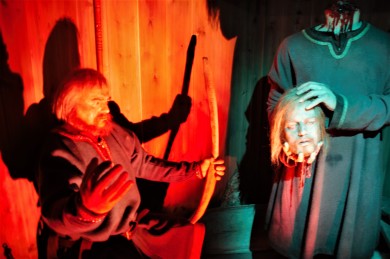 Even if you’re only in the Faroes for a long weekend, Sandoy and Streymoy are only a half an hour apart by ferry so it’s a tempting excursion from Tórshavn.

Vast empty beaches lined with sea stacks and grazed by sheep who munch on the plentiful seaweed are a big draw, even in the shoulder season. Quaint harbours full of colourful fishing boats, yarn-bombed rocks and even the odd art gallery all offer pleasant diversions. With more time you can journey further afield to the other islands. Highlights include Hans Pauli Olsen’s sculpture of the seal woman on Kalsoy, picturesque Gjógv – the most northerly village on the island of Eysturoy – and a solitary hike to the lighthouse at the end of the the islet of Mykineshólmur on Mykines, an island where puffins greatly outnumber people. 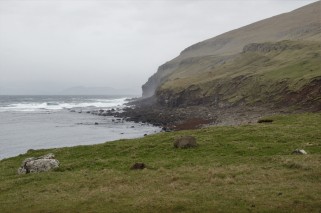 I travelled to the Faroe Islands on a press trip as a guest of Atlantic Airways who were efficient, friendly and best of all laid back about seat swaps so we could all grab a window seat. Visit Faroe Islands and Visit Sandoy arranged a diverse and memorable itinerary, so much so that I’m already planning a return visit at some point in the not so distant future. Their accommodation choices, the Hotel Føroyar overlooking Tórshavn and the Hotel Sandavik on Sandoy, were comfortable, contemporary and classically Scandinavian.

Though I paid for my connecting flight, I’m grateful to Holiday Extras for taking care of my airport parking at London Stansted, particularly as they chose the very convenient Short Stay Premium option.

This entry was posted on May 15, 2018 by juliamhammond. It was filed under Airlines, Destination information, Europe, Independent travel, Travel guides and was tagged with Atlantic Airways, Faroe Islands.