In my first blog on Heathrow layovers, I dealt with how you should go about getting into Central London.  You can find it here:
https://juliamhammond.wordpress.com/2015/12/07/how-to-get-the-best-out-of-a-heathrow-layover/

Depending on how much time you have, there’s lots to do between flights – it’s London, after all – and you won’t be encumbered by heavy bags.  If you have something in mind but aren’t sure if it’s feasible, and it’s not featured here, drop me a line via the comments and I’ll give you some advice.  Note: the time available is measured from when you emerge landside after landing to when you need to be back at the airport for your next flight.  Allow at least 60 minutes to get through security and to your gate; you don’t want to miss that onward flight!

You’ll need to keep a close eye on your time and realistically use the Heathrow Express to get into Central London.  With this short a layover, you need to restrict yourself to the west of the capital. 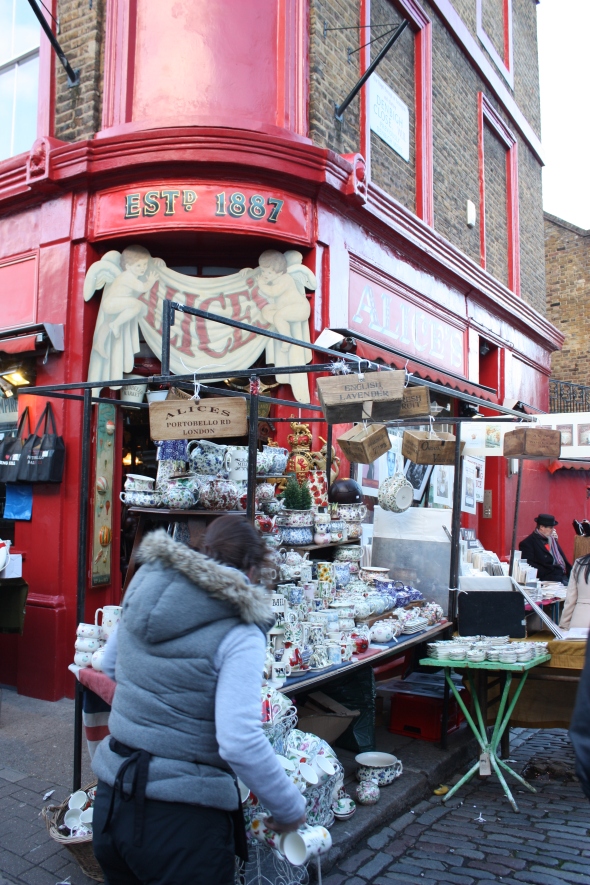 My suggestion is a quick visit to Notting Hill, a vibrant neighbourhood where Julia Roberts once filmed, Jimi Hendrix died and The Clash called home.  Take the District or Circle lines two stops from Paddington to Notting Hill Gate and walk via Portobello Road, where you’ll find the famous market (stalls can be found in the area most days but it’s best to visit on Friday or Saturday) and there are some great eateries including the Hummingbird Bakery.  If you have time, the excellent Museum of Brands, Packaging and Advertising on Lancaster Road is worth a stop. 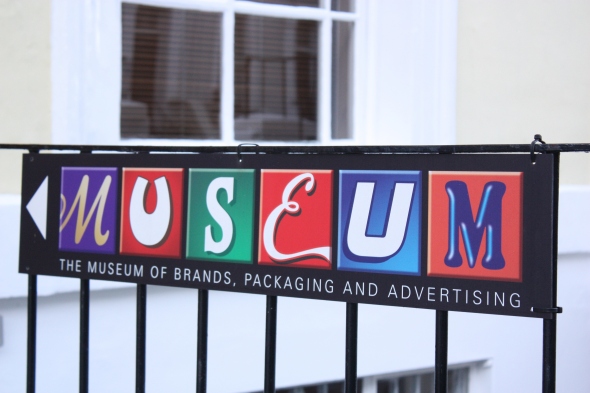 The Museum of Brands, Packaging and Advertising

When you’re done, there’s no need to walk back to Notting Hill Gate.  Head back to Paddington from Ladbroke Grove tube station via the Circle or Hammersmith & City lines.

Marylebone, a neighbourhood squeezed between the West End’s shopping streets and beautiful Regent’s Park, is fast becoming the fashionable place to be seen in London.  With an extra hour for your layover, you should have time to pay a visit to Sherlock Holmes at 221B Baker Street.  Located between 237 and 241 Baker Street, it’s just a three minute walk from Baker Street Tube, linked to Paddington via the Bakerloo Line. 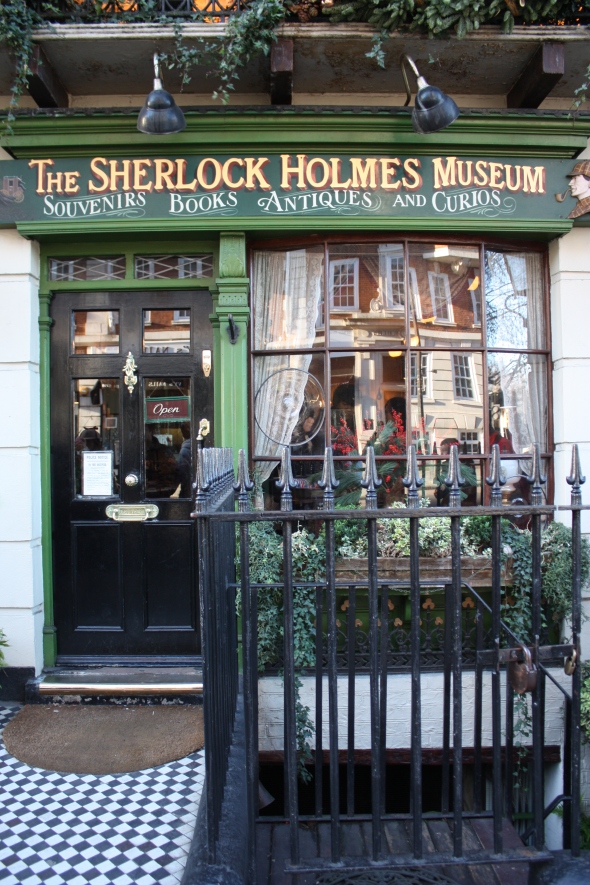 You’ll most likely see a policeman in a cape on the door, but be warned there’s often a queue to get in.   It’s open from 9.30am to 6pm.  Walk north from the museum and it’s only a few minutes to London’s beautiful Regent’s Park.  With its elegant Georgian mansions framing the park and a mixture of manicured lawns and open space, this is one of the capital’s most beloved green lungs.

Cross over York Bridge, keeping an eye out for the herons sometimes seen here, and skirt the southern part of the park.  When you’re ready to leave, use Regent’s Park station, one stop along from Baker Street on the Bakerloo Line.  From there, it’s four stops back to Paddington or, if you have time, one stop down to Oxford Circus, still London’s main shopping artery and home to Selfridges & Co. department store, west of the tube station just past Bond Street.  Alternatively, Marylebone High Street and its neighbouring streets have plenty to offer in terms of quirky boutiques and historic landmarks.

With longer between flights, the whole of London is at your fingertips, so why not try somewhere that’s a bit off the beaten tourist track? Hampstead requires a change of Tube trains but is well worth the effort; take the Hammersmith & City or Circle Line as far as Kings Cross or the Bakerloo Line to Embankment, and then change to the Edgware Road branch of the Northern Line to travel to Hampstead station. Total journey time is about 35 minutes, so don’t be put off.

Hampstead feels more like a village in parts, but with phenomenal views from its vantage points across London, you can tick off the capital’s landmarks all at once. Try the view from Holly Mount, just down the road from the excellent Holly Bush pub or continue up to the Heath. 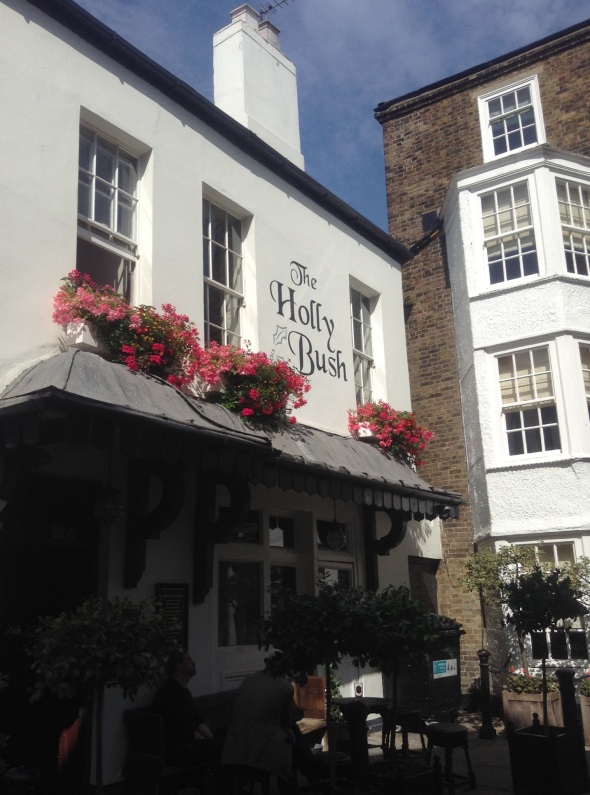 Hampstead Heath is well worth the trek up the hill. Walking across this huge open space will make you forget you’re in one of the world’s largest cities and help you realise why it’s also one of the world’s most liveable cities. On your way, take a detour along Hampstead Grove and you’ll pass a small observatory run by the Hampstead Scientific Society. Inside is a 6″ Cooke refracting telescope dating from the turn of the 20th Century.

View of London from Parliament Hill, Hampstead Heath by Ed Webster via Flickr CC BY 2.0

On your way back to the High Street, stop to take a look at the house once inhabited by Ernő Goldfinger of Trellick Tower fame, who lived at Number 2 Willow Road. Local resident Ian Fleming, creator of James Bond, hated the modernist structure and allegedly took his revenge by naming one of his Bond villains after the man responsible for the eyesore.

Of course, if you don’t fancy Notting Hill, or Marylebone, or Hampstead, then there’s always St Paul’s Cathedral, Buckingham Palace or Big Ben.  One short layover just isn’t going to be enough, of course, but these ideas surely beat staying in an airport lounge drinking coffee and browsing duty free shops.

And if you are tempted to come back, then why not try my Unanchor guide to London’s Villages, which consists of three day-long walking tours, one in each of the three locations featured above.  Packed with ideas and information, it’s available on Amazon as well as direct from Unanchor.com and can be downloaded as a PDF or straight to your Kindle. Here are the links:

This entry was posted on December 9, 2015 by juliamhammond. It was filed under Day trips, Destination information, Europe, Independent travel, Travel advice and information and was tagged with Heathrow, Layover hacks, London.