Are these the world’s best railway journeys?

This week, in preparation for my upcoming trip to Sri Lanka, I’ve been booking train tickets to explore the country’s beautiful hill country.  The Man in Seat 61 has, of course, been an invaluable tool as ever, and I’ve been very impressed with the service provided by Visit Sri Lanka Tours, a recommendation gleaned from Seat 61.  It’s got me thinking about previous rail journeys I’ve taken.  These are my favourites, but are they yours? 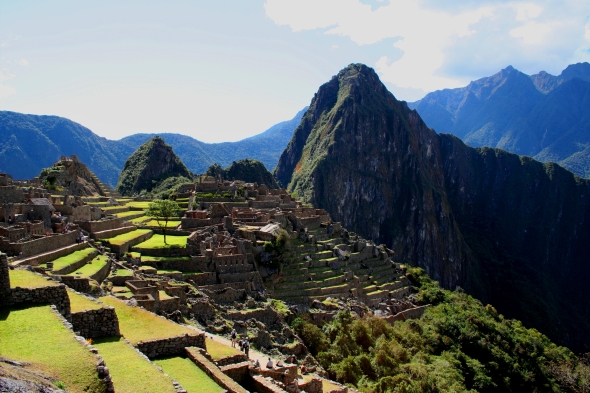 Before tourist numbers reached epic proportions, to reach Machu Picchu by train you used to have to crawl out of bed in the dark to catch the early morning local train from central Cusco’s gloomy station, travel for five hours as the wooden bench seating slowly petrified your buttocks and emerge blinking into the middle of the market at Aguas Calientes to find your diesel-belching ride to the famous mountaintop Inca ruins.  Periodically, the train halted in the dark to facilitate trade.  Hands used to appear through the tiny windows to offer roasted corn and alpaca wool hats.  It was one of those iconic travel journeys that is better relived from the comfort of your armchair several months later.  Taking the journey again years later, this time in a glass-roofed backpacker train (boy, hadn’t backpacker expectations grown?!) I was delighted to see that snow-capped peaks lined the route and that the PeruRail authorities had built a fancy new station.  The increase in comfort was worth the hike in the fare and best of all, the switchbacks to enable the train to haul the train out of Cusco’s bowl-shaped valley were still the most fascinating stretch of the journey.  Then, in 2010, flooding and landslides caused severe damage to the track and when repairs were completed, the train began from Poroy, just outside the city, rather than from Cusco’s Wanchaq station.  Despite the changes, it remains one of the best railway journeys in the world.

The Landwasser viaduct from the Bernina Express

It’s hard to pick a favourite amongst so many standout lines, but if forced to choose, then the Bernina Express gets my vote.  Run by the Rhaetian Railway, the Bernina Express covers two lines which together comprise a UNESCO World Heritage site – Albula and Bernina.  During its 122km run from Chur to the Italian town of Tirano, the train passes through 55 tunnels and over 196 bridges and viaducts including the spectacular Landwasser Viaduct pictured here.  To fully appreciate this engineering marvel, take a local train (the panoramic picture windows don’t open), head to the back and lean out of a right hand side window.  The train loops and glides over the Bernina Pass, with the Morteratsch and Palü glaciers and alpine Lago Bianco darker Lej Nair lakes providing the glamour in terms of scenery.  With no cogwheels aiding its descent, this impressive adhesion railway has one final wow up its sleeve: the 360° spiral that encompasses the nine arches of the century-old Brusio Viaduct.

Mombasa’s beach, the prize for those surviving the Lunatic Express

I first read about this railway in Bill Bryson’s African Diary.  His descriptions of being flung around as if being tumbled in a washing machine were as compelling as you’d expect from the undisputed king of humourous travel writing and I decided there and then I’d make the same journey.  This narrow gauge railway runs from Nairobi to the coast at Mombasa, cutting through Tsavo National Park on its way.  It gained its unusual nickname as several workers involved in its construction ended up as dinner for the hungry lions, dragged from their tents as they slept exhausted from the day’s hard labour.  I didn’t see any lions, just a beautiful sunset over the savannah plains, though I was plagued by hungry mosquitoes and arrived in Mombasa covered in bites.

The best of the rest!

Omul on sale at Listvyanka, on the shores of Lake Baikal

The longest rail trip I’ve done, with a trip that took me from Moscow to the Mongolian capital Ulan Bator by train.  I saw a lot of trees, but I also learned first hand what a warm and welcoming bunch of people the Russians are: a special mention here for Aleksander the army officer who fed me smoked omul and showed me his family photos. 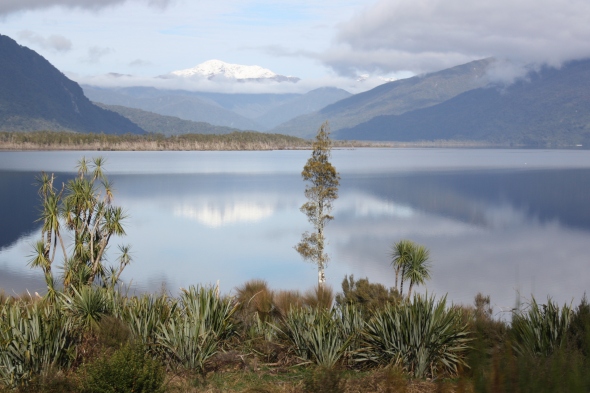 Not the Alps in Europe, but instead, New Zealand’s South Island.  Crossing from Christchurch to Greymouth, this scenic ride crossed Arthur’s Pass and chugged alongside pretty Lake Brunner.  Wrap up warm if you’re going to ride the open air viewing car in winter as I did – it’s freezing!

Update: I’ve just booked a ride on the Northern Explorer to see more of North Island out of a Kiwi Rail train window.  Watch out in 2018 to see how I got on.