On the trail of Fire Saga in Húsavík

One of the funniest films I’ve seen in a long time is Eurovision Song Contest: the story of Fire Saga. Most of the Icelandic scenes were filmed in October 2019 in Húsavík, in the north of Iceland. While I’m not usually a fan of Will Ferrell, who plays Lars Erickssong in the movie, I do share his love for the insanity of Eurovision. So too, apparently, do Icelanders – according to Visit Húsavík, over 98% of them tune in when the contest is broadcast each May. When I had the opportunity to visit Húsavík this summer, I decided to check out some of the places featured in the movie. 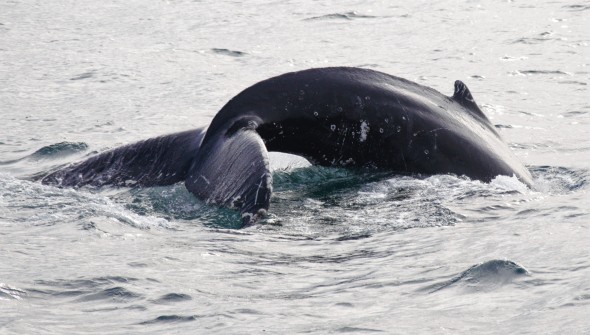 Húsavík is well known in Iceland as a whale watching village and it’s no surprise that the cetaceans feature in scenes from the movie. Tours depart regularly and head out into Skjálfandi Bay where it’s common to see humpback, minke, white-beaked dolphin, harbour porpoise and blue whales. Occasionally it’s possible to see them from land (try GeoSea) but as Erick Erickssong (Lars’ father) is a fisherman, if you’re really going to experience Húsavík as portrayed in the movie you should get out on a boat. 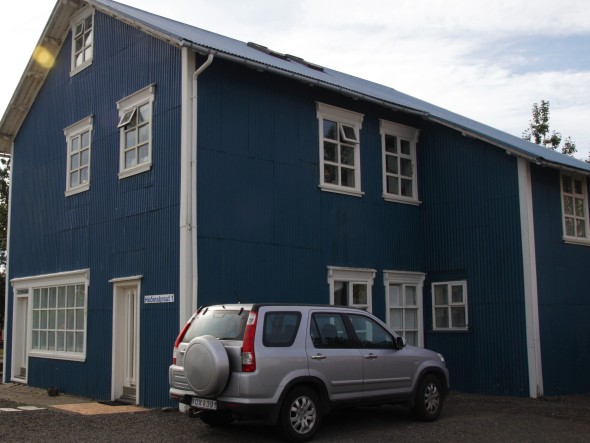 The distinctive two-storey home is easy to find as it sits right near the harbour on the main drag. It’s located on the corner of Héðinsbraut and Hafnarvegur. Built in 1903, it is a wooden structure painted a rather lovely shade of blue. A residential property in real life, the apartment that covers the top two floors of the house was recently put up for sale for 24.5 million ISK, about £140000. Bargain! 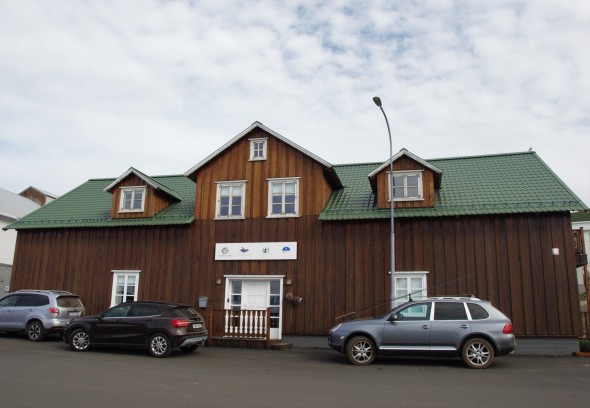 Named “Skipstjórakráin” in Icelandic, disappointingly, this bar isn’t a real pub. Instead, it’s the home of the Húsavík Academic Center (HAC). The signage was removed for the purposes of filming so the building could be used for the exterior shots. It’s another centrally located building, close to the harbour; the shape and recognisable gables make it simple to identify. But like many things on the big screen, things aren’t exactly what they seem – according to IMDB, the interior scenes were filmed back in the UK at Chobham Rugby Club. 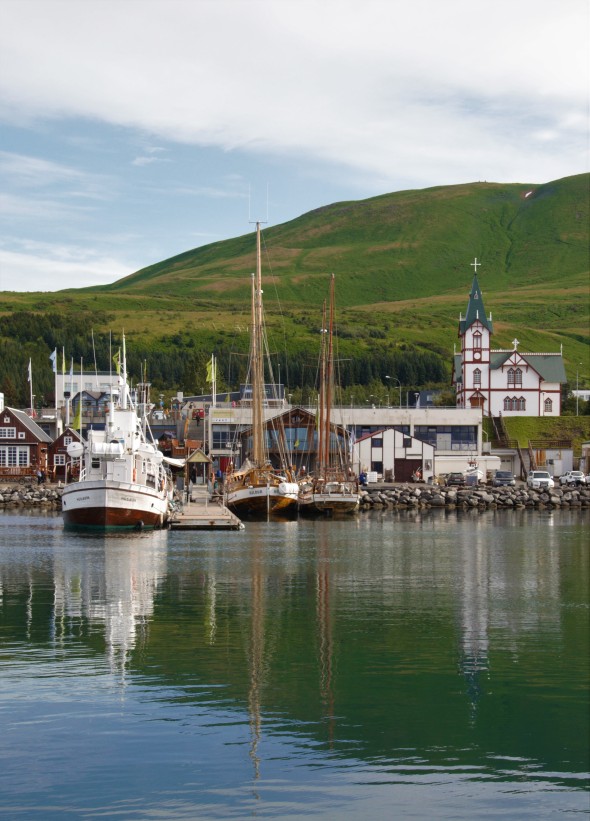 This iconic wooden church was built in 1907 and overlooks the harbour in the centre of Húsavík. In the film, Lars rings the church bell to announce that he and singing partner Sigrit have been chosen as the Icelandic entry to the Eurovision Song Contest. It’s a pretty church and well worth a quick nose inside. 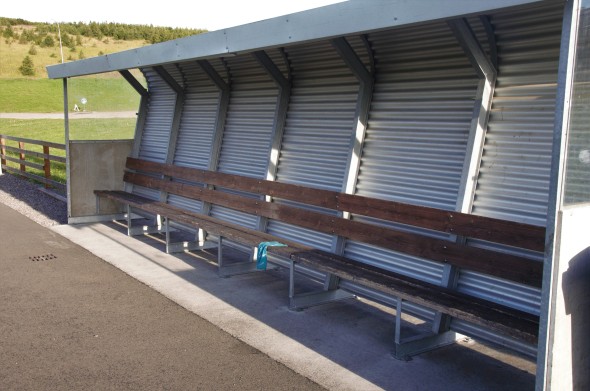 The bus shelter where Lars and Sigrit wait for their ride to Reykjavik isn’t a bus stop at all – it actually sits beside the astro turf pitch belonging to Völsungur’s football team. Hinrik Wöhlers, director of the Húsavík Chamber of Commerce and Tourism was reportedly keen on shifting one of the two shelters to the harbourside location seen in the film. When I visited in August 2020 they were both still at the football ground. 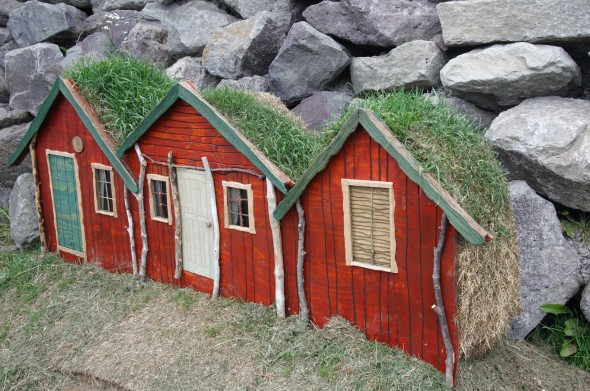 Though it’s common to see elf houses in Iceland, these particular ones were a prop installed specifically for the movie. However, the Cape Hotel were keen to tap into the interest created by the film and faithfully recreated this tiny residential street in the hotel garden. As well they opened a pop-up Ja Ja Ding Dong bar; it’s outside so it’s likely to remain a summer attraction only. I spoke to the manager and asked him whether he was a fan of Eurovision himself. “I am now,” he said with a grin. 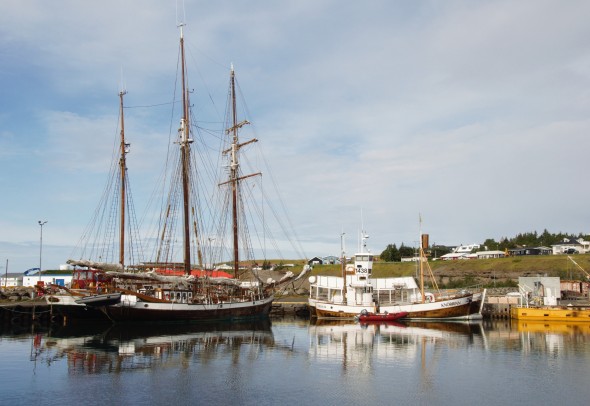 The village of Húsavík is one of the prettiest in the country so even if you’re not a Eurovision fan you should really add this to your Iceland itinerary. It’s a great base from which to drive the Diamond Circle route which features Dettifoss waterfall, Ásbyrgi Canyon and Lake Mývatn. But if you do love to watch Eurovision, then find your way to this petition which calls for Swede Molly Sandén aka My Marianne to perform Húsavík (My Hometown) at the contest in 2021: