Looking back on my trip to Tanna, Vanuatu

The news that Cyclone Pam had ripped through the island nation of Vanuatu in the South Pacific broke last week and, some days later, relief and rescue teams reached the outlying island of Tanna where I spend a week in 2013. While loss of life hasn’t been as great as first feared, given that this was a Category 5 storm the islands have been hit hard. Knowing that Tanna Lodge, where I stayed, had its own generator, I sent an email, not knowing whether they’d receive it. Internet and phone connections are down across the outlying islands. Via a satellite phone, I heard on Sunday morning that the staff and buildings had miraculously survived unscathed, though the lush gardens have been devastated. 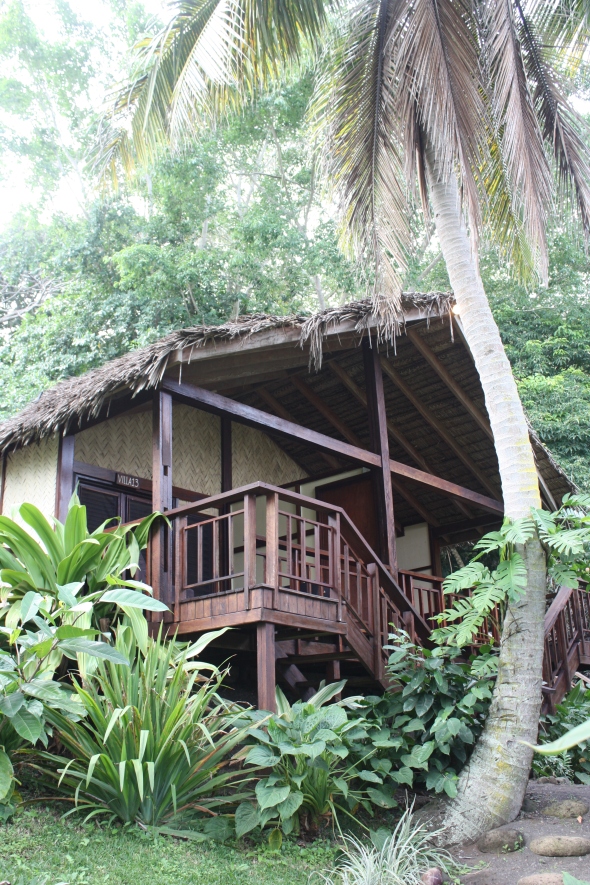 Tropical vegetation grows back quickly, and I would urge you to consider visiting to give the islanders the much needed income to help them get back on their feet. In the meantime, I wanted to share a story I wrote shortly after returning from Tanna. The island has many kastom villages, where residents live a traditional lifestyle and some even worship our very own Prince Philip…

The Road to Yakel

Ozzy Osbourne would have loved this, but I was not Ozzy.

Heading for Yakel and expecting Tanna’s regular mode of transport, the dusty but trusty pick-up, I was caught unawares by the invitation to jump on the back of a canary yellow quad bike. Ned, my driver and guide, instructed me to hold on tight. Mild panic set in. I’d happily travelled in all manner of rustic transport from tuk tuks to donkey carts but I’d always steered clear of quads out of a not so irrational fear that they’d be certain to topple over. What was I doing? I didn’t even have a helmet. 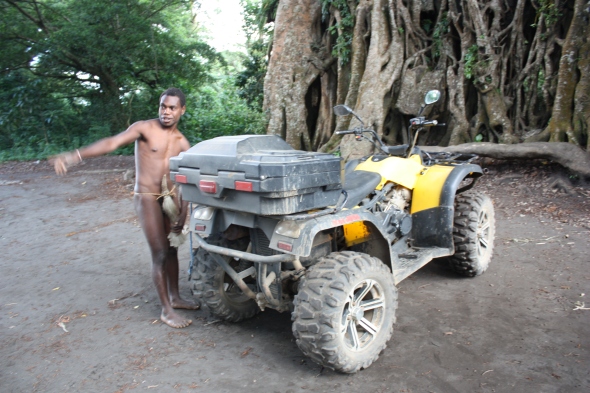 Ned set off at speed up the steep mountain track with the confidence of youth, a wide grin across his face and palm trees reflecting in his sunglasses. Behind him, my mouth clamped tightly into a nervous grimace. Try as I might my mind kept wandering to a story I’d read about Ozzy and his love of quad bikes despite almost dying after crashing one in the grounds of his home. Was he crazy? I wasn’t sure. He didn’t have to contend with a rutted dirt track liberally dusted with volcanic ash and loose gravel. Keep calm, I muttered, reminding myself there was a hospital on the other side of the island.

The ruts deepened into terrifyingly deep chasms and muddy crevasses. Ned, ever cheerful, pointed out the school to our right, funded by Australia. With all their mineral wealth couldn’t they have added to the budget and filled the holes in the road, I wondered? I gripped the handles more tightly than before. One false move and we’d overturn. Tense, I silently willed Ned onwards, wordlessly reminding him to keep left, no right, mind the tree roots, watch that squealing piglet! Up and up we climbed, pausing momentarily here and there to change into a lower gear when the gradient steepened even more.

Higher into the rainforest, the view below became more dramatic where Mt Yasur’s ancient lava flows had once oozed out to sea, but all I could think about was survival. Every approaching village inspired hope. Would this be Yakel? As Ned sped up, the quad bike emitting a throaty roar, we passed clusters of straw and thatch shacks. All looked promising. None, alas, were Yakel. As we bumped and thumped up the interminable track, I implored whatever local God might be listening to make Yakel the next settlement or at the very least, let me get off and walk. 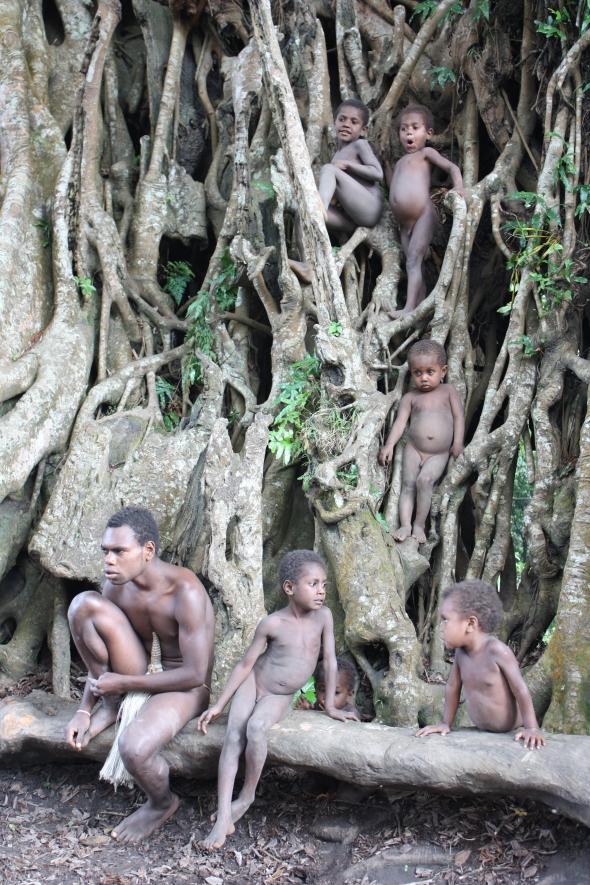 Yakel kids playing in the tree

My plea fell on deaf ears. Instead of our destination, the Gods presented us with a bridge made from crudely tied logs, gaps surely big enough to lodge a wheel and pitch us into the river below. I peered over. Weathered lava bombs ejected from the volcano sat where water should have been. We picked our way over a second and then a third bridge of the same quality. Concrete? Why had no one thought of concrete? I could feel the logs give slightly as young Ned inched across. Even he’d paused before tackling this hurdle, I noted. Would it be better or worse if I shut my eyes?

My thighs burned from the Herculean task of keeping my body wedged up against the back of the slippery seat. Knuckles rose milky white against my sunbrowned hands which had petrified round the handles I had been told to grip. Ned would have to prise me off this thing if we ever reached Yakel. It became a battle of mind over body, but it didn’t help that my mind was still flitting between various scenes of doom which all ended back at Lenakel hospital. Just as I was thinking I couldn’t take much more of this torture, the track widened into a nakamal, a large clearing under the shade of several banyan trees. A smiling man clad only in a namba emerged from the rainforest. The namba, or penis sheath, identified Yakel as a kastom village, where people lived by the simple ways of their ancestors and, in this particular case, had a special fondness for Prince Philip.

Welcome to Yakel, he said, uttering words that were as magical as the forest itself. The emotion I felt was relief rather than euphoria. I still had to go back; downhill was going to be even more terrifying than uphill. But as the other villagers slowly filtered in and began to dance to the sound of their own rhythmic chanting, it was all worth it. 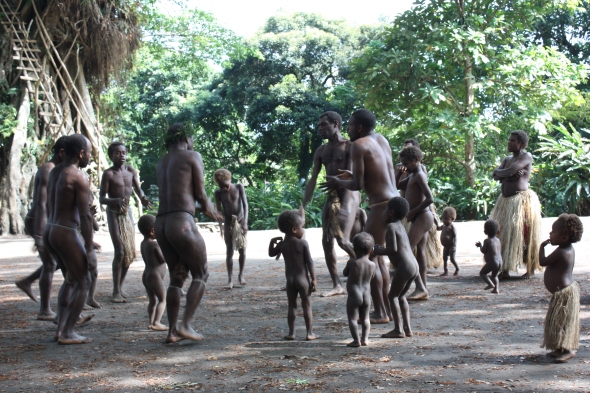 Yakel villagers dance for their visitor