The best beach in Haiti

Nothing much happened in a hurry in Port Salut.

The village sprawled beside the soft white sands of Pointe Sable, on Haiti’s southern coast about a half hour from the noisy bustle of Les Cayes. It was no small relief to arrive. My coccyx was numb after a ride in the most cramped and overloaded tap tap I’d had the misfortune to flag down. Not for the first time this trip, I wondered whether my days of travelling like this, eschewing comfort for a more authentic experience, were numbered.

Overloaded tap taps are the only public transport to Port Salut

The half-hour ride had stretched to five times that, delayed by the need to fill the vehicle to three times a sensible capacity, then tie and retie a large assortment of sacks and packages to the roof. Finally, the driver turned over the engine but instead of leaving, we waited while he carried out urgent mechanical work with much tutting coming from under the rusty bonnet. All the while we sweated under a relentless sun, listening to the football on someone’s portable radio. There wasn’t a murmur of complaint; such delays were clearly the norm. These tap taps had once been shiny new pick up trucks, but were now zombified skeletons, shadows of their former selves. Bereft of various body panels they were held together with frayed bits of rope that disintegrated and wafted fibres into my eyes, . Eventually we had left the goats and stray dogs to scavenge in the filthy depot, only to stop a few kilometres down the road at the edge of a rice paddy while the driver acquired sufficient water to cool the already overheated engine and finish the journey.

Missing the unmarked turn off from the main road, I’d been dropped at the far end of the beach road. I told the conductor I needed to find my lodgings.

“Is it far?” I asked in schoolgirl French, unsure if I’d been understood.

“Combien de kilometres?” I tried again. The conductor glanced at his other passengers.

Inwardly cursing that I’d relied on my own inadequate observation rather than asking the conductor a little earlier, I resigned myself to a long (albeit scenic) trudge laden with luggage. A young man pulled alongside me on a motorbike and offered me a ride. Asking how much, he’d shaken his head and told me he was offering out of kindness. Gratefully, I accepted. Such a willingness to help was common amongst Haitians, I’d found, one of the delights of visiting a place where tourism was at an embryonic stage.

In the end, it was less than a kilometre. Bathed in the soft peach of late afternoon, the Auberge du Rayon Vert – the Inn of the Green Ray – looked as if it had been transported straight from rural France. Dumping my bags, I watched the sun settle languidly into the horizon and headed to the terrace to eat. The menu, chalked carelessly on a board, gave no inkling that the food served was to be the most delicious I’d have anywhere in the country. I feasted on creamy goat’s cheese enclosed by an exquisitely pink fillet of beef.  The sky turned to blood orange before I sank into a deep slumber under crisp sheets.

The following morning, I awoke to the sound of the Caribbean lapping at the shore and set off to explore Port Salut. Popular with Haitians from Port au Prince as a weekend retreat, I wasn’t surprised to see half-built houses strung out along the main road which I presumed to be holiday homes in the making. Hot pink bougainvillea made a welcome change from the ubiquitous grey concrete of the building plots and beach shacks.

Changing some dollars at the hardware store, I doubled back to the beach. Crudely fashioned dugouts on the sand didn’t look seaworthy.  The flaking turquoise paint was photogenically shabby but didn’t appear to my untrained eye to be watertight.  Piles of netting heaped in their bows indicated otherwise. A group of fishermen dragged a gnarled wooden boat out of the sea, their scant catch inadequate recompense for their labour.

Old wooden boats in the beach

A little further on, a cluster of beach bars catered to a largely local population. At this hour their plastic chairs and tables were deserted save for a group of men idly chatting into mobile phones. They looked up briefly to say hello. An old man slept soundly on a concrete bench, his forehead deeply lined and his feet calloused. Children giggled and pointed, “Blan, blan!” I smiled back. One of the bars was painted with a colourful mural of tourists waterskiing, which struck me as just about as far removed from reality in this backwater as you could get. Opposite, a six-point guide to cholera prevention on a painted billboard seemed a whole lot more relevant.

Opposite the auberge, another catch was being landed. A group of villagers were hauling in their net, dragging its colourful floats into a horseshoe to corral the fish into an ever diminishing trap. But for all their toil, the results were meagre, a few fish the size of sprats tossed into a wicker basket guarded by a small child.

By far the best thing to do, or more accurately, not do, as it involved very little effort at all, was to relax on one of the hotel’s beach chairs and watch the world go by. This wasn’t an arduous task; there wasn’t much world to go by. The palms that edged the beach swayed almost imperceptibly in the breeze, fidgeting the shade. From my vantage point, I watched as delicate ghost crabs scuttled about their business before retreating from the heat into burrows drilled deep into the damp sand. A trio of avocets tapped away at the water’s edge while a lone pelican cruised overhead.

The perfect place to do nothing

The sun was now high in the sky. A single wisp of cloud hung like a vapid crescent moon. Traffic was limited to a few motos and the odd 4×4 – the auberge was a popular weekend hangout for the UN police and NGO personnel working in the area. Out towards the horizon, a small boat with tattered sails bobbed on a sea pricked with diamonds. The voice of an occasional hawker interrupted the sound of the waves’ ebb and flow, offering straw hats and fresh coconuts. They approached gently as they offered their wares; there was no need to be pushy. A young girl wandered up, carrying a large straw bag.

For a minute, I was alarmed, fearful she might produce a snake. It turned out mamba was a kind of peanut butter. The large jar being proffered would have been a tempting purchase had it not been made of heavy glass clearly unsuited to moto rides. Eventually, I dozed off under the shade of a tree, its dense bunches of fat leaves creating a natural sun umbrella. After all, nothing much happened in a hurry in Port Salut, so how else was I going to kill time before dinner? 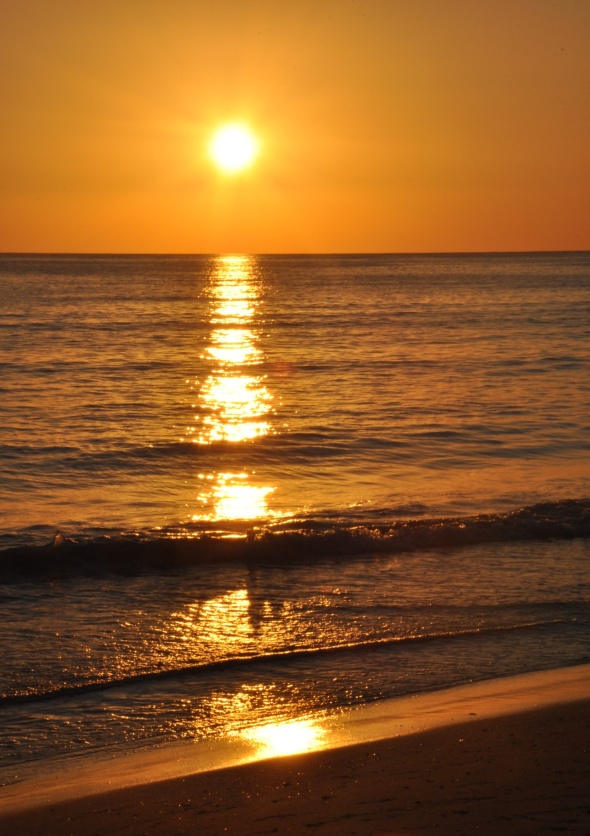