From Heybridge to Jayuya

Visiting Hacienda San Pedro in Jayuya, Puerto Rico, last month I came across this machine in the hacienda’s museum.  I presume it was some kind of machine used to grind the coffee, but there was no information on it.  What caught my eye was the place name on the machine: Maldon.  That’s a fifteen minute drive from my house.

Since getting back, I’ve been finding out a bit about E. H. Bentall and it makes for interesting reading.  Not least, the E. H. stands for Edward Hammond, which is my father’s name.  Edward’s father (the Heybridge Edward, not mine) was a farmer named William.  He designed a plough to use on his land near Goldhanger and got a local smithy to make it up.  Word got around and by 1795, he’d gone into business making them.  Business boomed but raw materials at the time had to be brought in by barge up the Blackwater.  William Bentall upped sticks and moved down the road to Goldhanger where he built a place by the Chelmer and Blackwater Navigation.   Bentall diversified, producing amongst other things the first steam powered threshing machine.

Meanwhile, with his wife Mary Hammond, he’d produced a son.  Edward Hammond Bentall had the same aptitude for engineering as his father.  This particularly makes me smile as my Dad was an engineer throughout his working life.  He took over the business in 1836 aged 22 and three years later, registered as E.H. Bentall & Co, it was thriving.  In 1841, mindful of competition, he took out a patent on an improved Goldhanger plough protecting it from imitators.  Under Edward’s leadership, the company began to export machinery overseas and one of those machines found its way to a coffee hacienda just outside the village of Jayuya.

Back at home, Edward Hammond Bentall had been elected as Member of Parliament for Maldon, a post which he held from 1868 to 1874.  In 1873 Edward had an imposing home built, known as The Towers, which was located near Heybridge Cemetery.  It was so well built that when the time came to pull it down in the 1950s, dynamite had to be used to blow it up.  By the time Edward passed the business on to his son Edmund in 1889, he was a wealthy man.  He died in 1898. 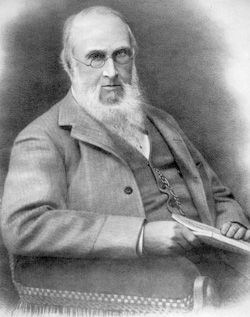 Mechanisation of the coffee plantations further increased profits, particularly after World War Two while the company operated under the leadership of Edward’s grandson, Charles.  He died in 1955, and just six years later, the company was taken over by Acrow, which eventually went bust in 1984.  That was it for Bentall & Co, but their warehouse still proudly overlooks the canal in Heybridge.

And if you remember Bentall’s department store (now Kingston Fenwicks), the founders of that store are related to William too.