Even on the briefest of visits to the Bolivian capital, La Paz, you can’t fail to notice the plethora of hats, specifically the good old-fashioned bowler.  But unlike the black attire once worn by London’s city gents, these are brown – and worn by women.

It’s a cultural thing: the cholas who wear them do so to emphasise their heritage and reinforce how proud they are of it.  Once, the cholas weren’t welcome downtown.  They were refused entry to restaurants, banned from walking in Plaza Murillo in front of the Presidential Palace and harassed if they ventured into the city’s wealthier neighbourhoods. 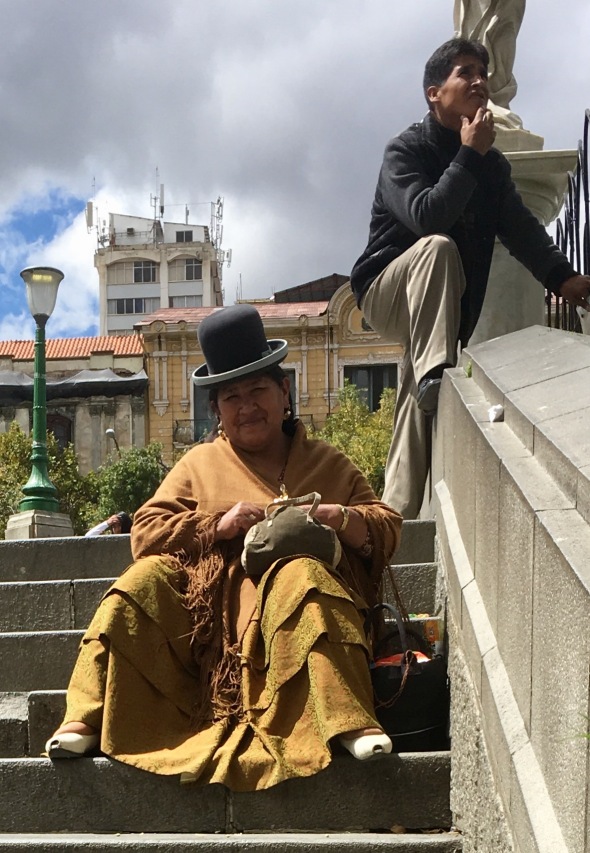 Cholas, or cholitas to give them the diminutive form, dress in voluminous skirts, multiple layers of petticoats and crocheted shawls.  The hat is an easy way of determining the wearer’s marital status: if she wears it straight, she’s married, but if it sits at an angle, she’s available.  So that hat plays a critical role in the La Paz social scene.

The practice of wearing a bowler is a comparatively recent phenomenon.  Most sources agree that, in the 1920s, a consignment of bowler hats was shipped to Bolivia, intended for railway workers.  But someone had made a mistake with the colour or size – versions of the story disagree – and faced with a huge loss, an entrepreneur named Domingo Soligno marketed them to the indigenous Aymara women as being the height of fashion in Europe.

Some sources wrongly name the type of hat as a borsalino.  In fact, Borsalino is the name of an Italian hat manufacturer that for many years supplied the cholas. It’s correctly known, therefore, as a sombrero de la chola paceña. 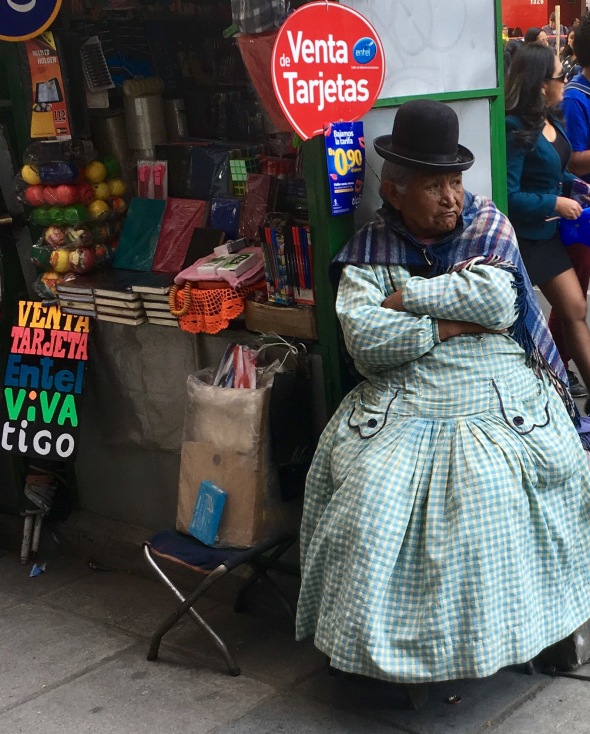 To wear a Borsalino comes at a price and these expensive hats are beyond the means of many.  The target of thieves wishing to make an easy buck, the Borsalino brand is now largely a thing of the past in Bolivia.  For more than forty years, bowlers have been made locally by the likes of Sombreros Illimani and also imported from Colombia.  But even these cheap imitations have a charm about them. 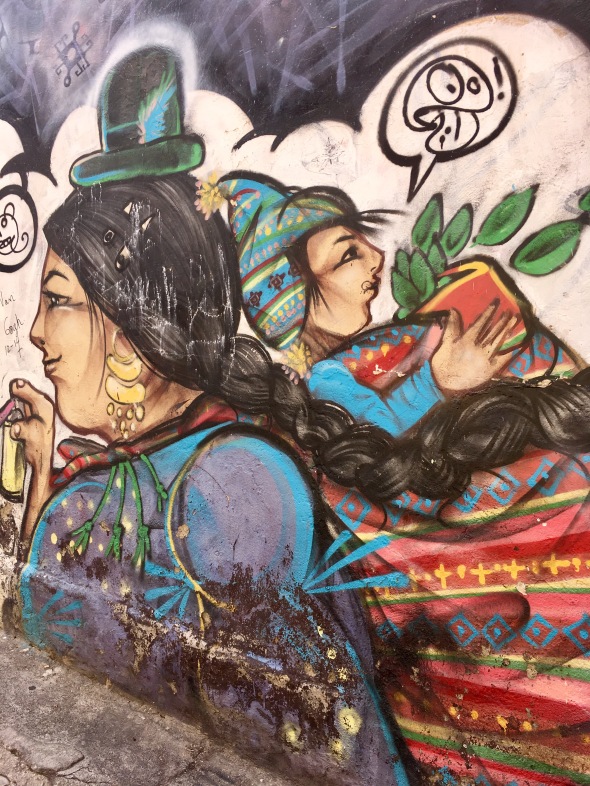