An initiative from Bradt worth supporting

Necessity is the mother of invention.

A sentiment expressed by Plato, but first recorded in the written word by 17th century author Richard Franck, never has it been more true than at this extraordinary time in the world’s existence.

In these strange and challenging times, life – and businesses – are having to adapt to cope and survive. The travel industry is one of those affected, of course, and the impact on guidebook publishers is one way that manifests itself. Lonely Planet announced last week that it was shutting down some of its offices, though guidebook production would continue. Once, a Lonely Planet guide would have been my go-to, but increasingly, they’ve not been the best fit. Instead, I’ve used independent publisher Bradt Guides on many occasions when my wanderlust led me to some of the world’s most off the beaten track destinations. I even took one to Iceland, packing it alongside my wedding dress. Some  of those guides are well thumbed; others purchased in anticipation of future trips. 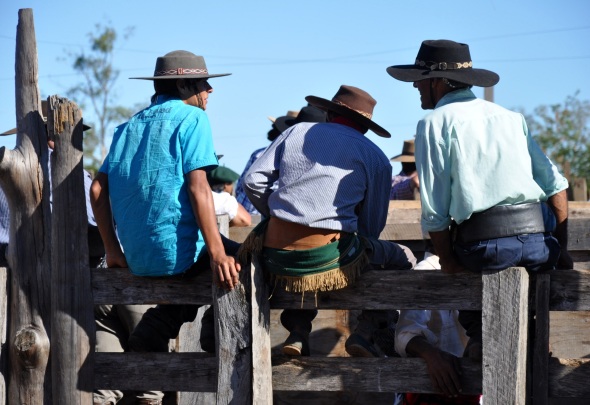 Bradt has been offering seriously tempting discounts on its back catalogue. I’ve stocked up with guides that I hope to use when we get exploring again. As someone who has seen her writing feature in a small way in two Bradt anthologies, and has had the privilege of meeting both founder Hilary Bradt and MD Adrian Philips, I’m invested in this beyond consumer level. But even if I wasn’t, it would seem a very worthy initiative to support, beyond a travel writer’s loyalty to a favourite brand. This is the company that produces guides to the more obscure corners of the planet, sometimes the only mainstream publisher to do so. My Bradt pile includes guides to Tajikistan, Haiti, Uganda and Belarus. Along side them sit Iceland, the Azores, Ghana and Uzbekistan. On the wishlist, awaiting the publication of new editions, are Sao Tome & Principe, Suriname and Iran. Right now there are 227 special offers at the Bradt online shop, not just for guidebooks but for some of the best travel writing out there on the shelves. 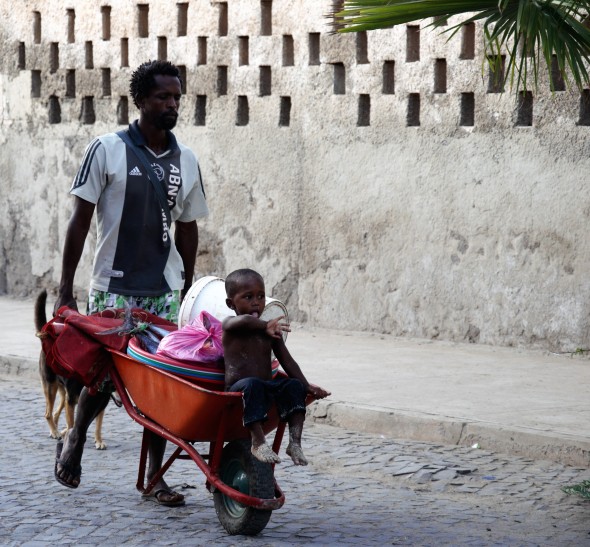 But that’s not enough. Yesterday, Bradt announced a different strategy, one which is innovative, brave and – I hope – successful. Using the Patreon platform, Bradt are asking travellers to support them by signing up to their new subscription service. For £5 a month, Bradtpackers receive an e-zine with the latest news and travel inspiration together with exclusive discount offers, competitions and pre-publication deals. Opt for Globetrotter level at a cost of £15 a month and on top of that, you receive a free book each month. Choose First Class Traveller tier and as well as that you will be able to benefit from bespoke travel-planning advice for two trips a year from a Bradt author or other expert at a cost of £35 a month.

We still need our guidebooks. This is still a time to dream.

I hope that Bradt survives the economic fallout from this horrible virus. But in the meantime I’ve subscribed and, if you’re a keen traveller also, I hope you will too. If so, this is the link you’ll need:

Travel and lockdown: what I’m missing

Tomorrow marks two weeks of lockdown for the UK. On the face of it, COVID-19 hasn’t impacted my daily life as much as some. I finished a large commission for an in-flight magazine. I’m told they will still pay, though I’m less certain they will publish. The editor has been supportive and communicative, which has been a relief. Although some of my regulars have paused contracts, I still have work from some. I’ve even managed to score a couple of new contracts which should prove to be ongoing. I’m one of the lucky ones; many travel writer colleagues have seen a year’s worth of work vanish overnight.

Right now, I’d usually be travelling. In previous years, I’ve jetted off in early spring to places as varied as Chile, the Seychelles, Sri Lanka, Argentina, Bolivia and the Bahamas. Tomorrow is my wedding anniversary – six years ago we were in Iceland luxuriating in the Blue Lagoon in anticipation of the big day. I’d have been preparing for late spring trips to the Faroe Islands, Kyrgyzstan, Georgia, Armenia, New Zealand and Tonga, finalising plans and reserving hotels. 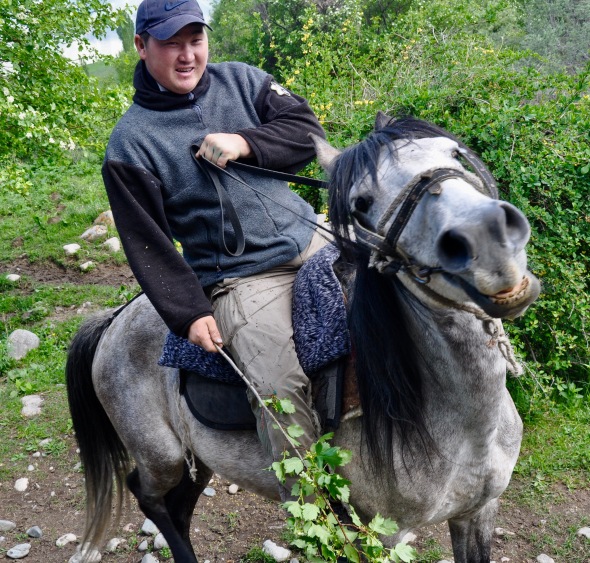 But over the last few years I have also taken a few months off in the summer, so right now though the seasons are a little mixed up, it feels just like that. The village has become a bubble, a place free of anxiety, when the outside world has become a frightening place. We’re looking out for each other; the Facebook group I set up before this all started has twice as many members now and we’re all doing what we can to help each other.

When the virus first started making its presence felt, I experienced a kind of grief. Border after border closed; tour operators and tour guides reported how it was devastating their businesses. Financially, I’m not significantly affected, with just one BA flight to deal with when the airline officially cancels it. But it’s horrible to think of all those who have lost livelihoods and with them, hope for the future. The human impact of this virus is unbearable, but the economic effect is something we’ll live with for many years.

A friend has spoken to me about how hard it has already been in Uganda, where I visited last year. Rising food prices and a lack of affordable healthcare will have terrifying consequences. At present there are only 52 confirmed cases, and no deaths. The population is relatively young, though the impact of HIV/AIDS mean many youngsters are looked after by grandparents who fall into the vulnerable category. No matter how hard it is for us, it’s so much worse for the desperately poor.

Though I’ve built a career on discovering new places, I’ve found that the places I most want to go and visit when all this is over are those I’ve already visited. On TV right now in the UK is a BBC series called Race Across the World. In last night’s episode, they travelled from Puno in Peru to Cafayate in Argentina. Along the way, they visited the Salar de Uyuni, La Paz, Salta and San Pedro de Atacama, all places I’ve been and fallen in love with. It was great to escape. Like many, I’m trying to limit the amount of news I’m watching.

It’s impossible to plan when nobody knows exactly when the travel restrictions will be lifted. I’m getting email after email of impossibly cheap flight deals in my inbox, but the FCO have extended the worldwide travel ban indefinitely. How can you plan a trip when you don’t even know what season it will be? I know they’re first world problems. My job doesn’t put me at the front line and I’m immensely grateful to those working in the NHS and in key worker roles to keep us safe and fed.

I’ve bought myself some new Bradt guides for bedtime reading, though for now they’re shelved as I pore over old photos. Talk in the household is of a US road trip from Washington DC to the Great Smoky Mountains, or a return visit to Iceland or Peru. I know I want to go back Down Under and hike the mountains of the Austrian Tirol again. It’s been interesting to see the different strategies employed by tourist boards and travel companies, some of whom are marketing their destinations almost as normal so that they can remain in people’s imaginations when they are able to book again.

I really should be using this time to write the book I never finished. But I can’t seem to find the words just yet. In the face of what’s happening, it just doesn’t seem important.