In Key West: a museum with a heart

When it comes to literary museums, there’s somewhere you need to visit while you’re in Key West. If you know something about the place, you’re probably thinking of Ernest Hemingway’s house. It’s a popular stop: the queue to get in and see this historic home and its present day six-toed feline residents snaked around the block when I popped in for a visit.

Nevertheless, you’d be wrong.  Though I wanted to like it, I found it hard to make an emotional connection with the Hemingway place.  The museum to which I refer has no cats – at least none I saw while I was there.  Instead, the newly reopened and expanded Tennessee Williams exhibit had heart and soul in spades compared to its more famous neighbour. 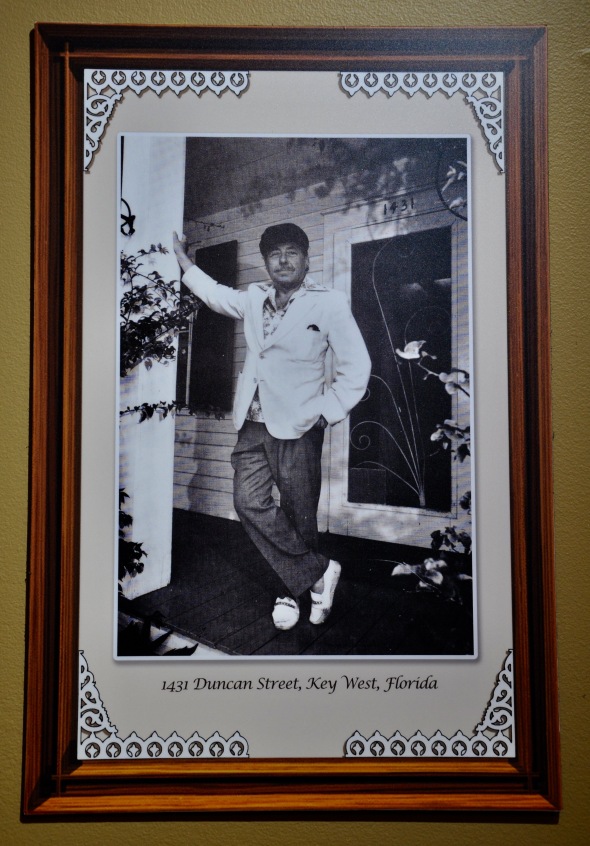 The museum is the result of years of collecting and a true labour of love. I was fortunate that Dennis Beaver was available to give me a curator’s tour. The passion he had for his subject and the stories he had to tell added an extra dimension to the already fascinating collection of exhibits.  Somehow he brought to life so vividly a playwright who’d hitherto been a stranger to me that I felt I’d known him personally.

Describing Tennessee Williams, Dennis painted a picture of a man who loved to entertain the rich and famous. Yet home was a relatively modest place on Duncan Street, a short walk from the museum and now a private home.  A tall white fence protects its current occupants from peeping eyes, but there’s a beautifully crafted model in the museum should you wish to see what would have been inside. 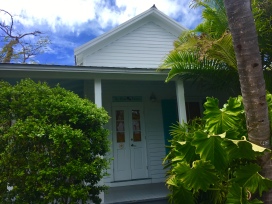 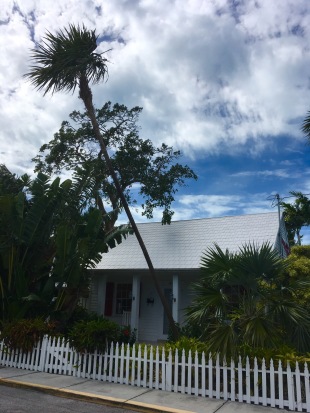 Photos of Williams with the Hollywood glitterati of the time revealed that he moved in glamorous circles. But behind the public facade was a complicated and insecure individual. A childhood bout of diphtheria had left him a lasting legacy of hypochondria. If a visitor complained of a cold, Dennis said, Williams would believe he’d caught it.

It would take a special someone to manage that anxiety and that person was Frank Merlo. He dealt with the minutiae of Williams’ life, acting as the buffer between the playwright and an outside world that made constant demands on him. At first, Williams would refer to Frank as his assistant, or something equally businesslike. In fact he was his partner and the rock of his personal life. Frank though would die young, succumbing to lung cancer aged just 41. Williams fell apart, mourning the loss of his right hand man.  He was famously quoted as saying that after Frank’s death he entered his “stoned age” dependent on prescription drugs and alcohol to fill the void.

The Williams we know was a prolific playwright. Seventeen of his plays were turned into successful movies, among them Cat on a Hot Tin Roof and A Streetcar named Desire. The Rose Tattoo was another, set in Tennessee’s adopted Key West locale.  But he didn’t enjoy the process of creating a screenplay, often opting to turn his work over to someone else.  In many ways he saw the Technicolor world of the movies as a distraction. When he did get involved, he preferred to make a film in black and white so as not to detract from the story. 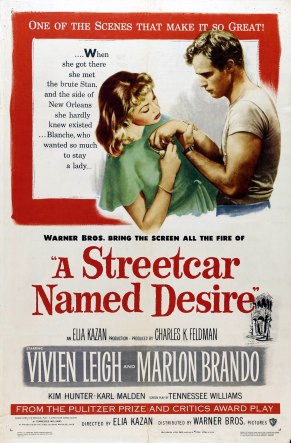 When the end came, it was dramatic and tragic as much of his life had been.  Newspapers reported Williams had choked on the top of a medicine bottle, while his brother claimed he’d been murdered.  Years later his death would officially be recorded as an accidental overdose of sleeping pills.  His brother ignored Williams’ wish to be buried at sea, instead interring him at Calvary Cemetery in St Louis, the city in which he’d grown up and the city he professed to hate. 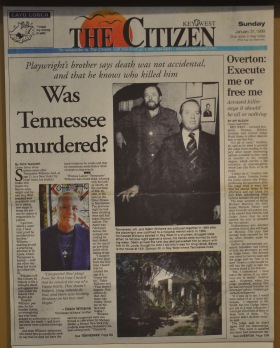 Whether you know much or little about Tennessee Williams and his work, this little museum is a must if you’re visiting the place he called home. No matter that this isn’t his house – you’ll get a greater insight into his world from fragments of a life lived than you might from a collection of period furniture. Find it at 513 Truman Street, a stone’s throw from the buzz of Duval.

While the opinions recorded here are my own, I’m grateful to the museum for waiving the $7 entrance fee – though I’d have happily paid it.

This entry was posted on March 17, 2018 by juliamhammond. It was filed under Destination information, Independent travel, Latin America & the Caribbean, North America and was tagged with Hemingway museum Key West, Key West, museums in Key West, Tennessee Williams Key West.