2018 is almost here and it’s time to look back at the trips made in 2017.  I’ve been fortunate once again to have the opportunity to make lasting memories in some of the world’s most captivating destinations.  Here’s a round up of my favourite trips from the past year as well as a teaser for what’s to come in 2018. 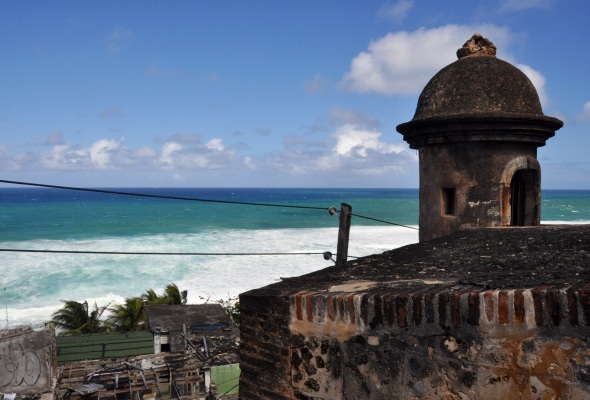 The first trip of the year took me to Puerto Rico, which by autumn would be left reeling from the devastation wrought by Hurricane Maria in September.  The beauty of this Caribbean island and how diverse it was blew me away.  From the historic cobbled streets of Old San Juan to the dramatic views from its mountains via rainforests, windswept beaches and an enormous telescope, this island fast became one of my favourite in the Caribbean.  I love a sandy beach as much as the next person, but it gets boring after a while and it’s good to know there’s a suckling pig roasting for when you’re ready for a feed. 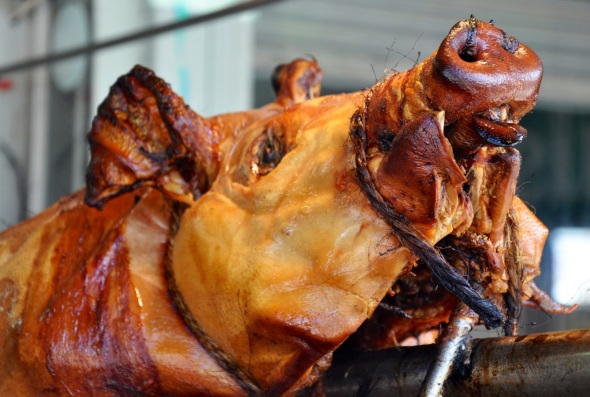 Puerto Rico is slowly getting back on its feet again.  There are several posts on this blog which showcase the island’s attractions, but for an insight into recent months, this New York magazine article recounts just how tough it has been: 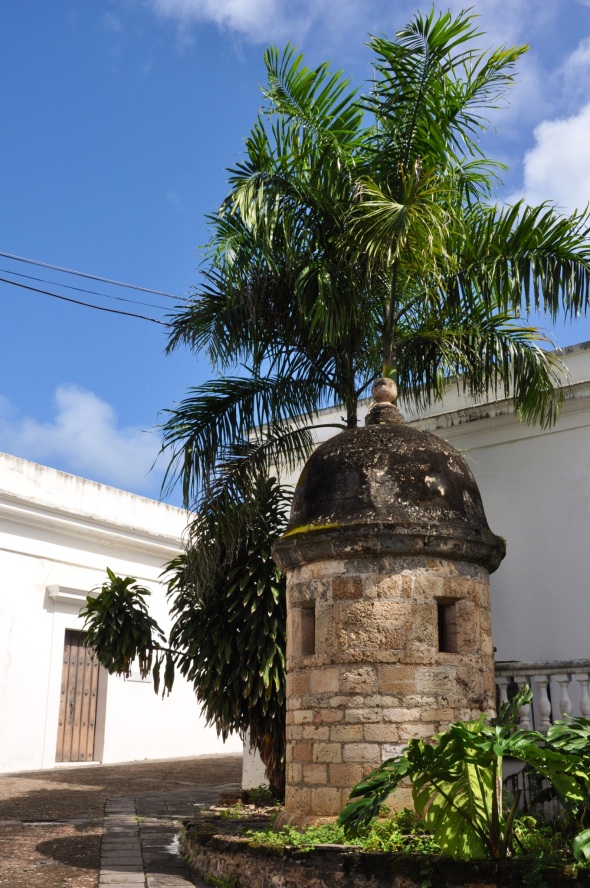 In February I flew up to Glasgow to visit friends.  They recommended a drive over to Falkirk to see the Kelpies.  It’s well worth the effort if you’re planning a trip to Scotland in 2018.  The sculptures are as magnificent up close as they are imposing from a distance.  Despite the inclement weather, I found the story behind the project fascinating and I was lucky to get a guide who was so enthusiastic about his topic. 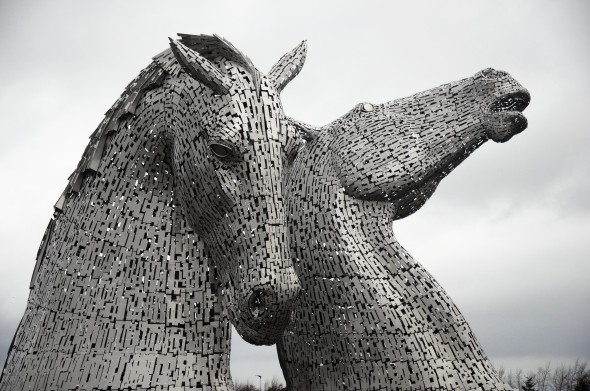 In March I returned to Uruguay and Argentina after a ten year gap spent largely salivating over thoughts of the $4 fillet steak I’d eaten in El Calafate – I’m sure we have all had those holiday meals that we remember forever.  But sometimes these memories are not to be repeated.  I had the most amazing crab dinner in St Lucia years ago but the restaurant has closed down.  And what about Argentina?  In the intervening years, costs had risen, particularly in Buenos Aires.  Salta obliged with a decent steak, but at a price.  Fortunately, there, in the form of the haunting face of the Lightning Girl was something to compensate – though it was a chilling insight into the past. 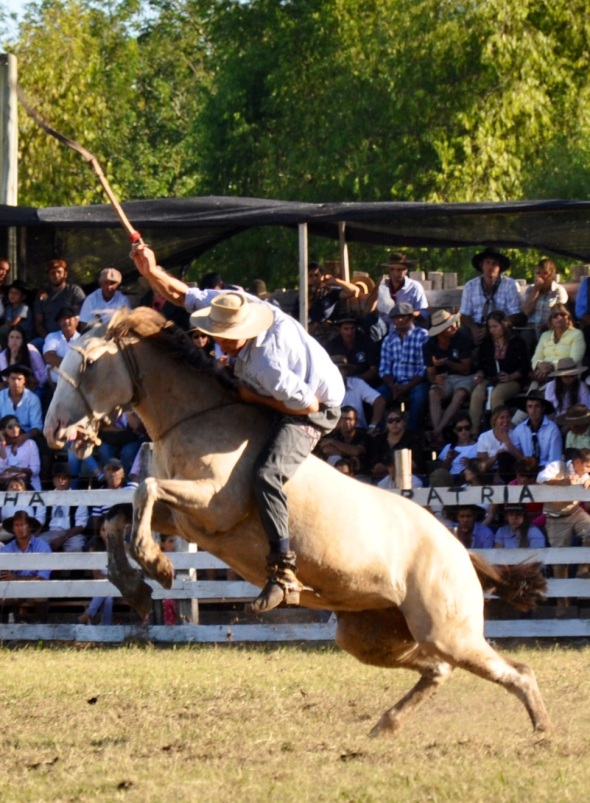 I enjoyed seeing more of my favourite continent.  A challenging but rewarding stay on a working ranch in Uruguay tested my riding ability to the limit, with excursions to the Fiesta de la Patria Gaucha providing a welcome injection of fun.  If you’re nervous about trying out a working ranch rather than the more typical dude ranch, don’t be, but read this first: 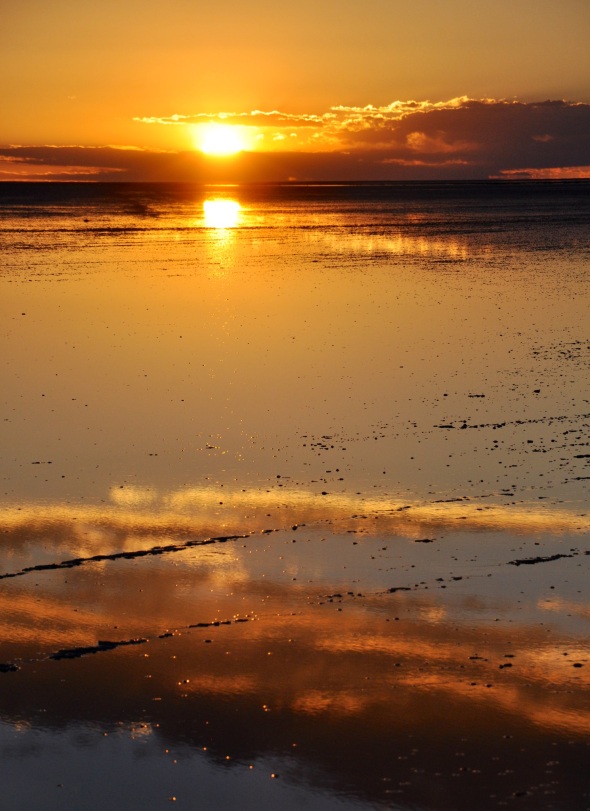 After visiting so many countries, it might come as a surprise to learn I still have a bucket list and for many years, a trip to the salt flats at Uyuni has been top of the list.  Crossing overland from Argentina, I timed my visit for the end of rainy season as I’d heard the sight of a flooded salt lake wouldn’t disappoint.  It was phenomenal, and spending the night in a salt hotel was an unusual if slightly uncomfortable experience.  See how Uyuni stacked up when compared to the salt flats of northern Argentina here:

When a friend asked could I try out some of his company’s Sunwise UVA clothing, I jumped at the chance and picked Ibiza as my destination.  I product tested a floaty, very feminine kaftan which protected me well from the sun but also was versatile enough for me not to look out of place on the beach and at a city cafe.  I’m more of a T-shirt and trousers kind of girl but it wasn’t too frou-frou to be wearable.  Ibiza was surprising too – much more to it than beach clubs and foam parties. 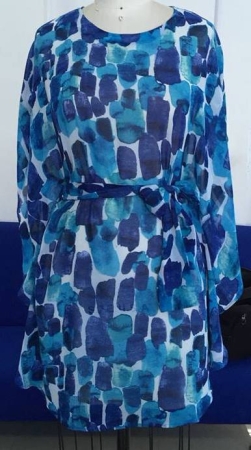 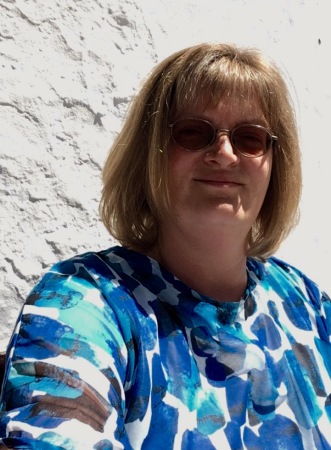 If you burn easily or are keen to protect your skin from sun damage, then I’d recommend you check out Sunwise UVA’s website.  The link’s in my blog post.

PS I’m not on commission.

Next up was a return visit to the USA, but one with a difference, as I explored Texas with Traveleyes, a specialist company which focuses on trips for the visually impaired.  Putting my travel plans into the hands of a company definitely took me out of my comfort zone.  Nevertheless, I made some great friends on the trip and especially enjoyed San Antonio.  After a dull art museum (what was it Elton John was supposed to have said?  I don’t like going to museums because I can’t buy it…) I skipped off with my VI, a charmer nicknamed Smithie (to my Essex).  We wound up at Paris Hatters, one of the city’s oldest stores, and bought him a cowboy hat.  Elton John would have approved. 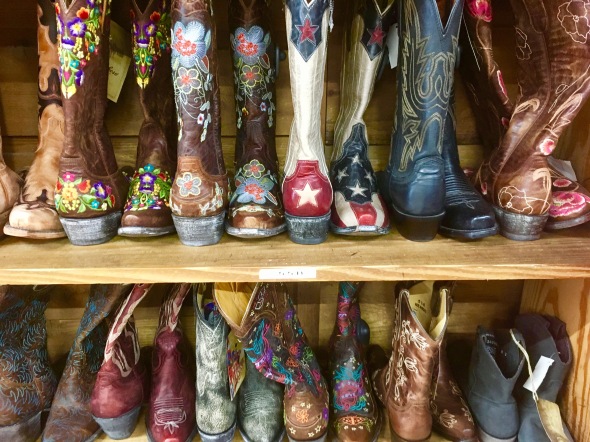 As a sighted guide, the experience was a reminder of just how much we take for granted but also made me realise how much my visually impaired companions could access – from horse riding to a lesson in the Texas Two-Step in preparation for Austin’s honky tonks, nothing was off limits.  It was a thought-provoking holiday and I can see why some of the sighted guides go time and time again.  Find out more about Traveleyes here: 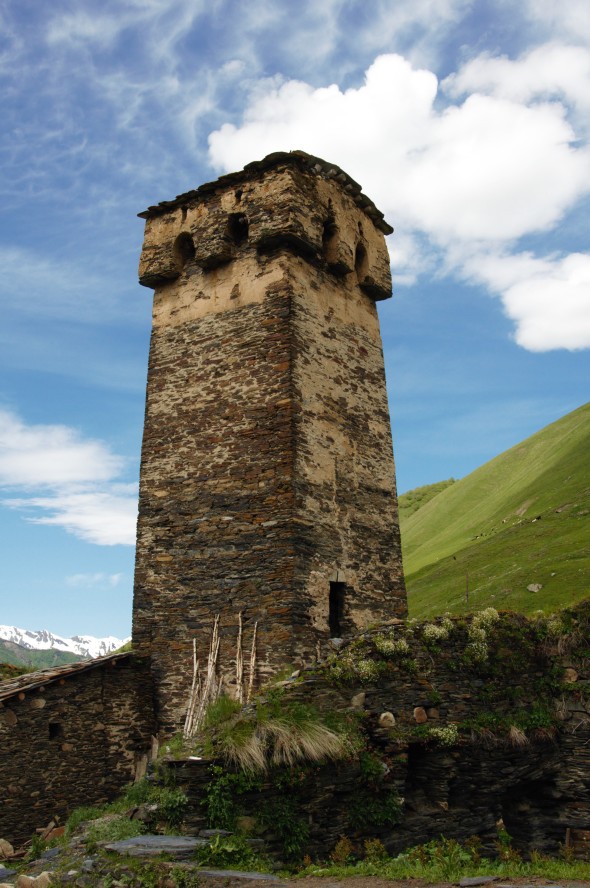 Another bucket list trip became a reality as I spent a few glorious summer weeks in the Caucasus.  My focus was on Georgia and Armenia with a couple of side trips to disputed territories to add a frisson of excitement.  (There’s nothing like a morning spent in police custody to make a trip feel that little bit different!  Sorry for the worrying text Mum, won’t do it again.)  This part of the world is a delight.  My personal highlights were the scenic Svaneti region of Georgia with its charming towers and ever so slightly wild people, and a very emotional visit to the genocide memorial in Yerevan which literally moved me to tears. 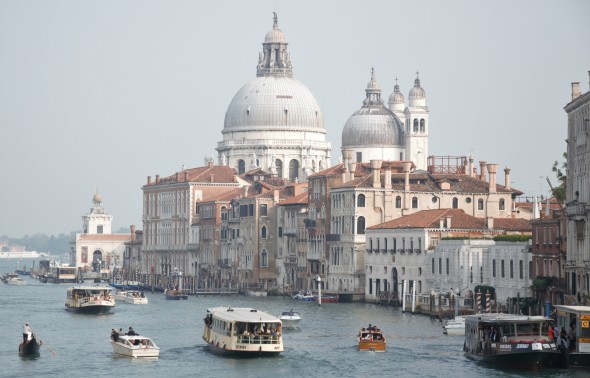 I’ve made many day trips to European cities by air over the last few years, proving you can still satisfy your city break fix even if you’ve run out of holiday.  This autumn I picked Venice and spent the day leisurely exploring its canals and back streets enjoying some of the city’s off the beaten track sights.  I found a gondola in a book store, a heavenly bar hidden in plain sight near the Rialto Bridge and dresses that started life in a women’s prison.  Off season, this is an engaging destination and far better without the crowds of summer. 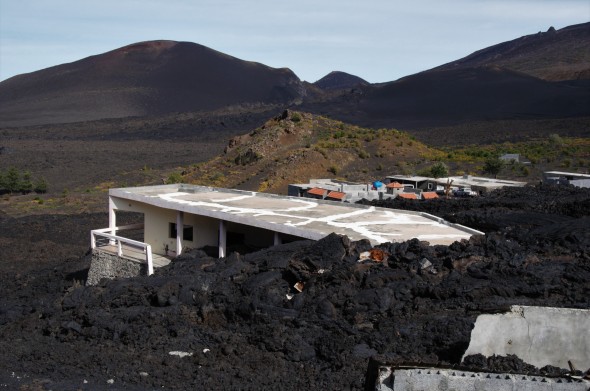 November’s a horrible month.  Dark evenings signal the start of the long winter season and Christmas lights have yet to migrate from shop to front window.  Grumpy Julia was in need of some sun and jetted off to Cape Verde.  While Sal could have had more soul, Fogo Island with its brooding volcano didn’t disappoint.  My guesthouse set me up with a guide to hike inside the caldera walls, a place known as Chã das Caldeiras.  We walked between villages, the path running alongside the raw edges of the 2014-15 lava flow that engulfed the homes of over 1000 people though luckily claimed no lives.

As the guesthouse owner said, “it’s still Africa, but not as you know it”. 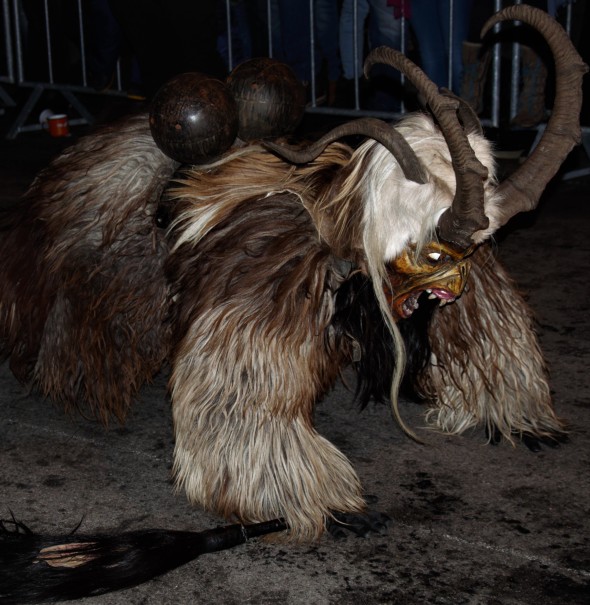 I couldn’t let the year end without a trip to a Christmas market after enjoying those at Copenhagen and Regensburg so much last year.  This year, I chose one of Austria’s most charming cities and flew to Salzburg to get my fix.  Snow covered the ground, but that didn’t deter the crowds or the authorities (take note Lincoln!)  A Krampus run and a train ride to see Silent Night being performed in the village where it was composed rounded off the trip.  If you plan to follow suit in 2018, I’d recommend you take a look at the guide I wrote: 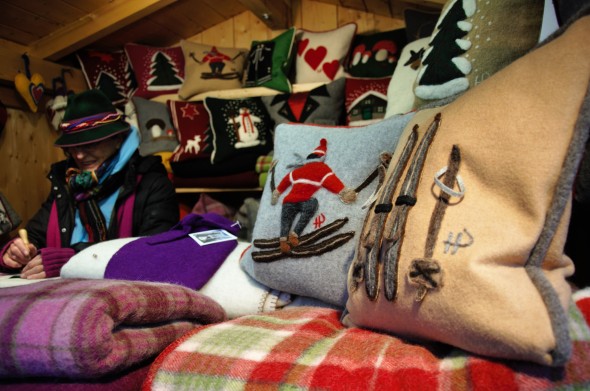 That rounds off my travels in 2017, a bumper year for making memories.  I’ve only just started thinking about where I’ll go in 2018, but it all kicks off in Cuba this January, booked after I learned of a £140 error fare deal from Secret Flying.  If you haven’t yet signed up for their updates, I’d recommend you get over to their website.  I’m also booked to go to New Zealand in May, having taken advantage of Air New Zealand’s fantastic Black Friday deal.  I’m currently toying with the idea of crossing the dateline and spending some time in the Cook Islands while I’m out there.  Watch this space.

Wherever you’re planning for 2018, I’d love to hear about it.  Happy travels!

This entry was posted on December 26, 2017 by juliamhammond. It was filed under Destination information, Independent travel, Travel advice and information and was tagged with best places to visit 2018, travel bucket list, travel in 2017, travel year in review, year in review.