The coffin makers of Teshie

If you could choose a coffin designed to match your favourite hobby or interest, what would it be? A football boot? A bottle of Coke? A mobile phone? In Teshie, a suburb of the Ghanaian capital Accra, there’s no such thing as a regular coffin. 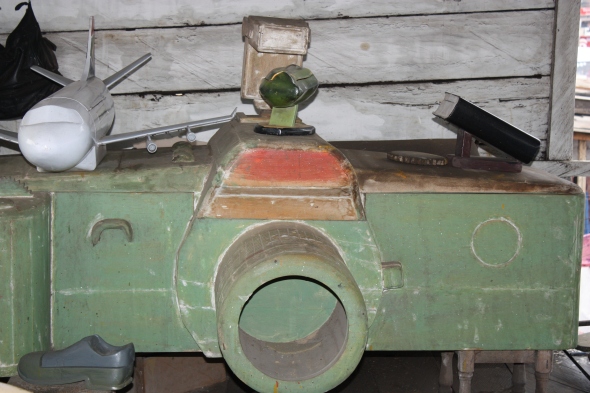 If I’m honest, I’ve never really given my own funeral much thought, concentrating instead on living. But to Ghanaians, death is a big celebration, the funeral a chance to mark the contribution a person has made to their community. And a big part of that is a customised coffin. Despite the typical cost coming in at more than six times the average income, many families choose to invest in one of these designer pieces to give their loved one a worthy send off. 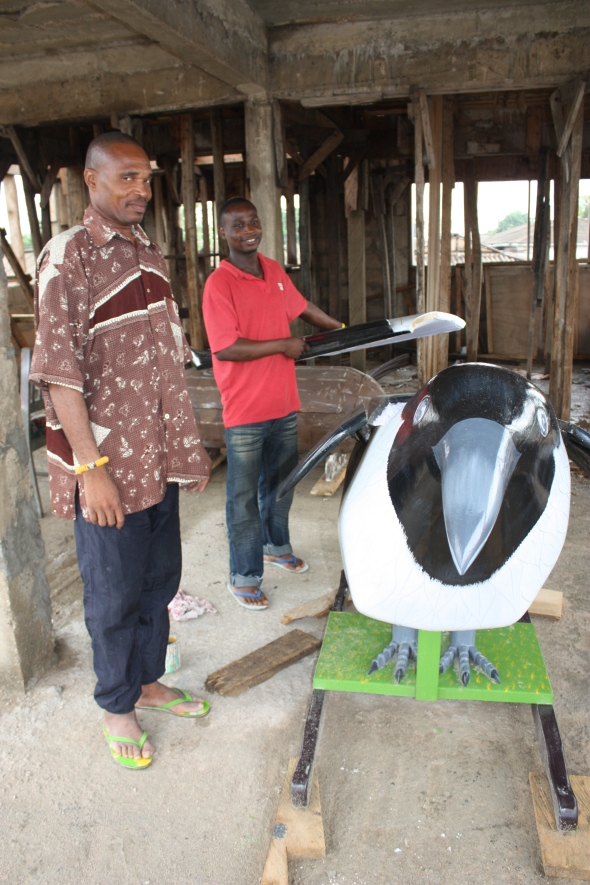 The southern Ghanaian Ga people believe that death is not the end and that a person’s spirit will live on in the afterlife. It’s thought that deceased relatives hold much influence over the living and thus need to be kept happy. Depending on a person’s status, they might qualify for a particular type of coffin. Swords have high status and therefore cannot be used for just anyone; lions, cockerels and crabs represent clans and so only the heads of certain families are permitted to be carried in them.

Pulling up along the main street in Teshie, at first glance it seemed a pretty unassuming place. My driver led me to the back of one of the breeze block shops that lined the street and up a rickety wooden staircase across the back yard. 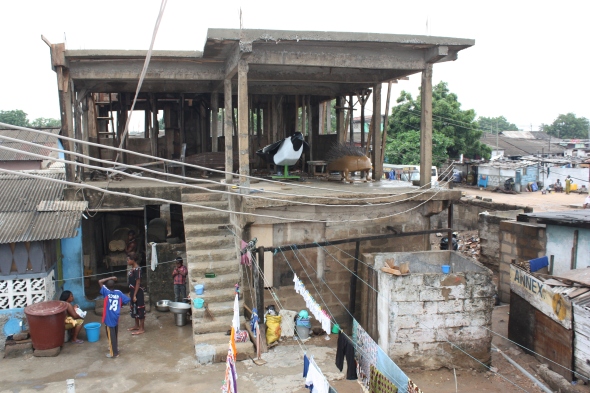 There, open to the elements, was a tiny showroom and workshop packed with finished and half-finished creations. An aeroplane, silk lined and carefully painted, looked ready to leave, missing only its dead body. A small photograph of an unsmiling policeman was tacked to the wall next to a crudely chiselled dugout. It was in its early stages, but it was clear  that  before long, this was going to be the ultimate vanity project.

It’s also common for the deceased’s relatives to choose a coffin themed to their loved one’s former occupation. A fisherman would find himself interred inside a fish – how ironic – while a fruit seller could end up in an elongated pineapple or mango, perhaps. A barman (or drunk) could be a bottle of beer, a farmer a cow. There was no shortage of imagination, or skill.  Many of the craftsmen working on these fantasy coffins have been in the family business since starting their working life. Artisans employ apprentices who learn the craft and do the grunt work, leaving the artist to work simultaneously on the finer details of a number of coffins at once. Once carved, specialist painters or sign writers are drafted in to decorate the coffin appropriately. A coffin such as this is always to be a carefully crafted item, never a rush job.

But although such businesses have been operating for decades since around 1950, interest from overseas is a relatively recent phenomenon. Word’s now out, though, and the coffins have featured all over the world in museums, festivals, commercials and trade shows from Milan to Toronto and a wealth of places in between. Coffins for local use are generally sculpted from the wood of the wawa tree, but for increased durability, those going to temperate climes are usually created out of something harder such as mahogany. 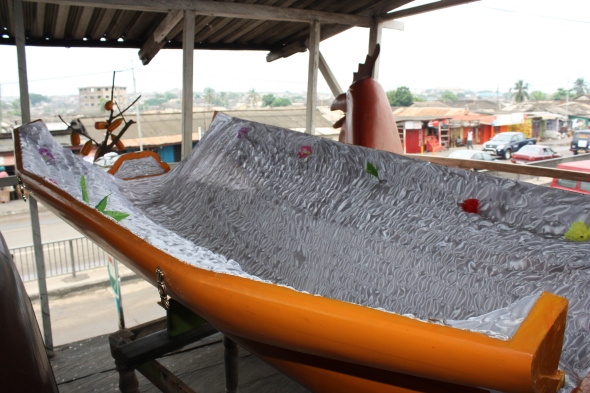 If I’d have been at the beginning of my trip rather than the end, I might have been tempted. Never mind the freight charges, just think of the reaction when you got it home.  Orders take at least a fortnight to take shape if not longer, however, so for now a personalised coffin will have to wait.  In any case, I have no idea what I’d choose.  Would you?

This entry was posted on August 31, 2016 by juliamhammond. It was filed under Africa, Destination information, Independent travel, Souvenirs and was tagged with coffin makers, Ghana, Teshie.