Travel outside your comfort zone

They’re wise words.  On the road, it’s all too easy to become indignant when things aren’t going your way.  Two decades ago, I got somewhat cross when barred entry to what I hazily remember as a fort in Old Delhi (though it could well have been a mosque).  I wanted to climb a tower to take in a view, arguing that my gender shouldn’t influence where I could and couldn’t go.  Did I have the right to do that, if it wasn’t my country?  Probably not, though such misogynistic attitudes have put me off returning. 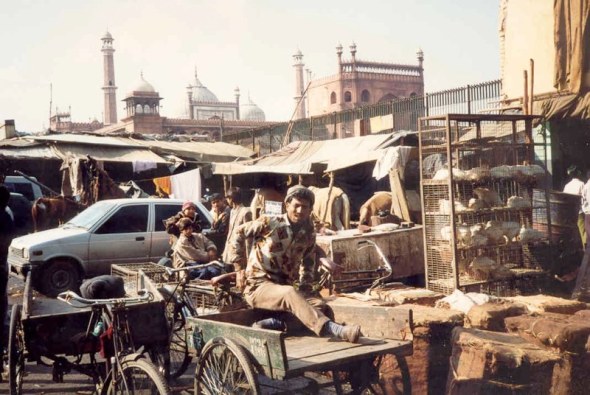 Despite such a poor experience travelling around India as a solo traveller, I’ve tried to challenge myself as I’ve ventured further afield.  Weaning myself off package tours was as much a case of economic necessity as anything else, but choosing countries and regions off the beaten track where tourists are as rare as a white moose has kept me on my toes.  Buying a train ticket in Ukraine via sign language?  Check.  Getting to grips with riots and a transport strike in Haiti?  Check.  Overnighting in the world’s most dangerous city without being shot?  Check.  That’s San Pedro Sula in Honduras if you’re wondering and yes, the barbed wire barricade at the end of the street was a little off putting when it came to sleeping soundly in my bed.

I’m soon off to Sri Lanka.  Everyone I know who’s been says it’s wonderful and the pictures of the hill country through which I hope to journey by train look idyllic.  But someone reviewing a train trip on a web forum was complaining that a Sri Lankan man ignored her reservation and threw her bag off the seat, forcing her to stand for the entire journey.  If that story is true, Clifton Fadiman’s words take on a whole new truth.  And there’s just that nagging voice in my head that reminds me that we just wouldn’t stand for that kind of treatment in Britain.  Wish me luck!