Just back from – a day trip to Regensburg

I’ve washed the smell of wood smoke out of my hair and a couple of Ibuprofen have sorted out the backache, for now at least.  My latest day trip was the longest yet, but proof yet again that you don’t need to overnight to enjoy a rewarding experience over in continental Europe.  This time, I had my sights set on Germany’s famous Christmas markets.

This month’s destination, hot on the heels of Budapest, Bremen, Belfast, Lisbon and Amsterdam which have previously featured on this blog, took me to Nuremberg.  A flash sale on Ryanair’s website netted me return flights to the Bavarian city for the princely sum of £4.08 all in.  The offer was one with limited availability, not only in terms of seats but also in validity, solely for flights on Tuesdays or Wednesdays in November.  Such offers come up quite often and it’s worth subscribing to Ryanair’s email alerts if you’re within easy reach of Stansted.  I also saved money on my airport parking by purchasing it through the Holiday Extras website which saved me over a fiver.  My 7.35am flight from Stansted was on time and we touched down shortly after 10.15am. 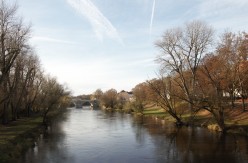 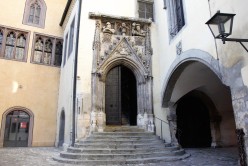 I made use of the Bayern ticket which I’d learnt about on a trip to Munich.  The ticket’s valid for a day from 9am to 3am the next day which gives plenty of time for sightseeing.  It offers unlimited travel throughout Bavaria on all trains except ICE, IC and EC (so basically excludes high speed trains) as well as city transport in many of the larger cities.  The cost?  A flat fare of 23 euros if bought from a ticket machine, 25 euros if bought from a kiosk.  Unfortunately there’s no train service from Nuremberg airport which means no DB ticket machines (a U-bahn service operates instead with a fare of 3 euros for a ticket with 90 minutes’ validity) so I had to buy the Bayern ticket at the Airport Information desk for the higher price.  As it covers the U-bahn that was still the cheapest way of doing it. 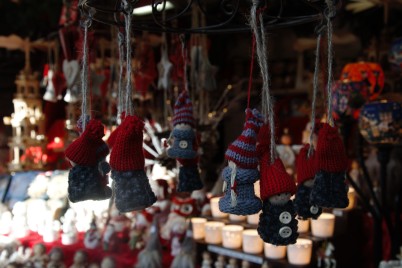 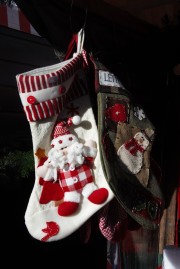 It wasn’t long before I was in Regensburg and my first stop was the Neupfarrplatz Christkindlmarkt.  Most German Christmas markets get underway on 25th November this year, but Regensburg’s begin a couple of days earlier.  The market was well underway at midday, a mix of traditional market stalls and refreshment huts.  Next I checked out the Lucrezia Craft Market, though that was still being set up.  There were some stalls that had limited wares on display, the likes of sheepskin clothing, wood carvings and handmade silver jewellery.  To reach the third of Regensburg’s markets I needed to cross the old stone bridge at the Spitalgarten.  Again, setting up was in progress but the walk was a pretty one and there were sheep waiting in the wings to coo over.

I crossed back over the Danube for a lunch stop at the Regensburg Sausage Kitchen, one of the oldest restaurants in Germany.  Prices were reasonable and they did takeaway, though even at the end of November, it was warm enough in the sunshine to eat at one of its picnic tables.

The main focus of my visit was the Christmas market at the Thurn und Taxis Palace.  Regensburg’s Old Town has hundreds of listed buildings but this palace and its grounds are the jewel in the crown.  The Christmas market is more than just a market, with live music and even visiting alpacas and camels.  The latter obviously play a role in the Christmas story but I think the alpacas were just there as a crowd-pleaser; certainly every time I held up the camera, they turned their heads and posed!

But let’s get down to business: this is no ordinary market.  Princess Gloria from Thurn und Taxis apparently is pretty hands-on with the organisation of the market and I did see a couple of elegant, well-dressed women who might have been her.  The market, less well known outside Germany than the likes of Munich’s markets for instance, attracts a mainly local crowd, though it’s definitely worth making the journey for. 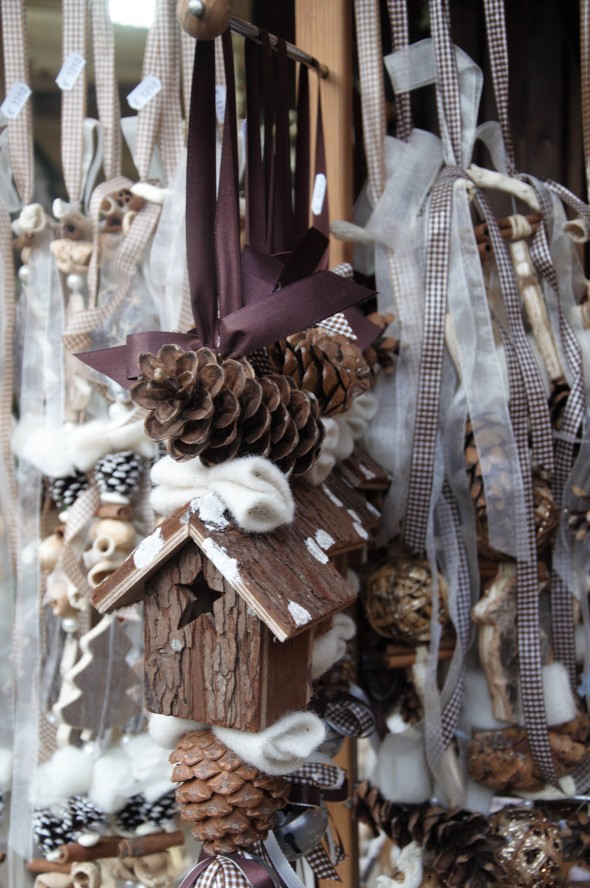 The market attracts artisans not just from Germany, but from surrounding countries such as Austria as well.  The man selling delicious hot cheese bread had made the journey from the Voralberg and the journey had done his cheese no harm at all.  It was cheap, filling and almost worth the market’s 6,50 entrance fee in itself.

As darkness fell, the market took on a magical atmosphere.  Open fires and strings of fairylights added to the romance of the market and there were plenty of stalls to browse.  It’s at dusk when you really start to appreciate the attention to detail.  Stallholders decorate their huts with freshly cut branches from pines, spruces and firs: the smells as well as the aesthetics are something to savour.

The good thing about not having to pay for accommodation is that there was plenty of cash in the budget that could be used for souvenir shopping instead: I was spoilt for choice amongst a wide selection of products including sheepskin rugs, rustic Christmas ornaments, clothing and handcrafted metal ware. 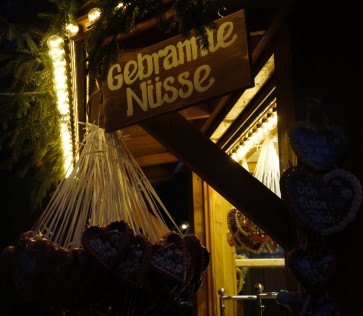 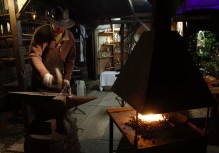 The palace itself, larger than Buckingham Palace, looked spectacular as the lights came on.  At six, a pair of trumpeters heralded the official start to the festivities, followed by a choir and costumed soloists.  The balcony overlooking the main courtyard provided the perfect staging.

Eventually, it was time to wander back to the station for a train to take me back to Nuremberg.  The seven hours I’d spent in this delightful city was plenty to enjoy it without rushing.  My flight departed more or less on time at 10.35pm; I’d landed and cleared immigration well before midnight UK time.

I’m already planning my next day out to a European Christmas market – but this time, I’m off to Copenhagen and I’ll be blogging about it next month.

This entry was posted on November 25, 2016 by juliamhammond. It was filed under Airlines, Day trips, Destination information, Europe, Independent travel, Money-saving tips, Travel advice and information and was tagged with Christmas markets, day trips by air, German Christmas markets, Germany.