The end of 2015 is fast approaching, so it’s time to look back at the best of this year’s travels.

The Armadillo as seen from Bell’s Bridge

Blessed with clear blue skies and a touch of snow underfoot, a trip to Glasgow in January was my first stay in Scotland’s largest city.  Architecturally splendid, the highlight was a trip to the Merchant Quarter for a chance to taste haggis, neeps and tatties in the wood panelled setting of the Cafe Gandolfi.  A timely reminder, should I need it, that I don’t have to travel abroad for a memorable travel experience.

The old coffee town of Jacmel on Haiti’s southern coast has a languid charm for most of the year.  For a few frenetic days in February, all that changes as Carnaval comes to town and the city pulses to the soundtrack of a throbbing bass.  Clad in sequins, feathers and masks, everyone’s invited.  The people of Jacmel prove to the capital Port au Prince that they might be a sleepy backwater, but they know how to throw a party.

This northern German city is anything but grim, yet walking Bremen’s streets, Grimm was never far from my mind thanks to the brothers’ famous fairytale.  The four sad old creatures who set off to seek a better life in retirement ironically never made it to the city that adopted them as its mascot.  Nevertheless it’s a beautiful city to wander around looking for the sculptures that commemorate this heartwarming story.  Definitely one I’d like to revisit. 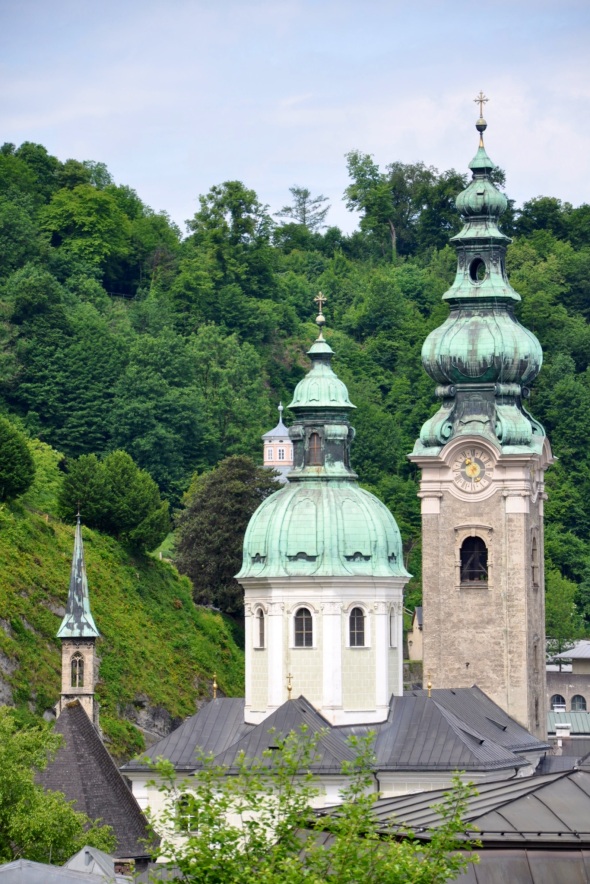 Rooftop views of Salzburg’s many churches made the climb worthwhile

Going back to Salzburg was like visiting an old friend.  Decades had passed since my previous visit, but passing through the beautiful Old Town, I wondered on numerous occasions why I’d left it so long to go back.  Fräulein Maria’s cycling tour gave me the opportunity to cover a lot of ground and belt out some Sound of Music classics along the way.  Sing it with me: High on a hill was a lonely goatherd; Lay ee odl lay ee odl lay hee hoo…

Aperol Spritz? Don’t mind if I do.

Many of the Italian cities I visited for a work trip in 2015 were old favourites, but the city of Bologna was a new one on me.  I’d heard it was renowned for its towers and its food, so chose to climb its tallest to ease the guilt of that calorie overload.  The exertion of climbing the 498 steps to the top of Torre Asinelli meant I could indulge in the evening buffet which  accompanied my Aperol Spritz without a second thought.

June gave me a second chance to visit New Orleans, albeit in temperatures considerably more sultry than for my first visit a few autumns ago.  Despite thunder, lightning and heavy rain, I enjoyed a self-guided walking tour of the Garden District, met up with guide Sandy again for a cemetery tour and, of course, enjoyed plenty of ice cream cocktails to keep me cool.  Love, love, love this city!

So what city impressed you in 2015? Please share, I’d love to hear.

This entry was posted on December 30, 2015 by juliamhammond. It was filed under Destination information, Independent travel and was tagged with Best of 2015, Cities.