After 104 countries, can I still have a bucket list?

When you’ve travelled to over a hundred countries, people stop asking where you’d like to go and start commenting that you’ve been everywhere. I’ve been lucky enough to visit the majority of places that feature on most people’s bucket lists: watching elephants play on safari in Africa, exploring world-class ruins like Machu Picchu and Petra, photographing the Grand Canyon and watched a New York sunset from the top of the Empire State Building. I’ve added quite a few more of my own: walking with lions, getting drenched under Iguaçu, Victoria and Niagara Falls and standing on the crater rim of Mount Yasur as it erupted in front of me. I’ve ridden a camel, flown in a seaplane and baked French macarons, I’ve seen the Northern Lights, lazed on Caribbean beaches and nearly crashed a Segway. So what is left of my bucket list? Here’s my current top five:

The world’s largest salt flat, the Salar de Uyuni is a photographers’ playground. The flat surface of this dried up prehistoric lake blends seamlessly with the horizon, opening up countless opportunities for crazy perspective photos. Some of my favourites appear here: http://mashable.com/2013/10/22/salar-de-uyuni-instagram/ in times of flood, if the air is still, it seems to me like it could be the most beautiful place in the world.

Svalbard, or Spitsbergen, is a remote island in the Arctic, far north of Norway’s mainland and home to polar bears. Since reading Paddington as a kid, I’ve been mad about bears, and seeing a polar bear cub playing with its mother on the ice would be a dream come true. Watching Gordon Buchanan’s excellent Polar Bear Family and Me series on the Beeb, http://www.bbc.co.uk/programmes/b01pyql5, only confirmed what I already knew; this would be an unforgettable experience.

The hottest place on earth, and at this time, possibly one of the most dangerous, the Danakil Depression is one of the most tectonically active places on the planet: http://www.bradtguides.com/destinations/africa/ethiopia/danakil-depression.html. It will be a tough trek, but once the security situation has improved, I want to climb one of Africa’s most active volcanoes, Erta Ale, and see the lava lake that has been a permanent fixture there for over a century.

Lava lake at Erta Ale by Rolf Cosar reproduced under the Creative Commons Licence CC BY 3.0

Visiting the masked dancers of the Dogon people who live in the central plateau of Mali has been on my wish list for several years. At present, the risk of kidnapping amidst political instability in the region has put paid to any definite plans, but I keep checking back on the FCO’s website just in case https://www.gov.uk/foreign-travel-advice/mali. The lure of heading up the Niger River to the fabled city of Timbuktu and to Djenne with its mud mosques makes a trip to this West African nation a must, one day. 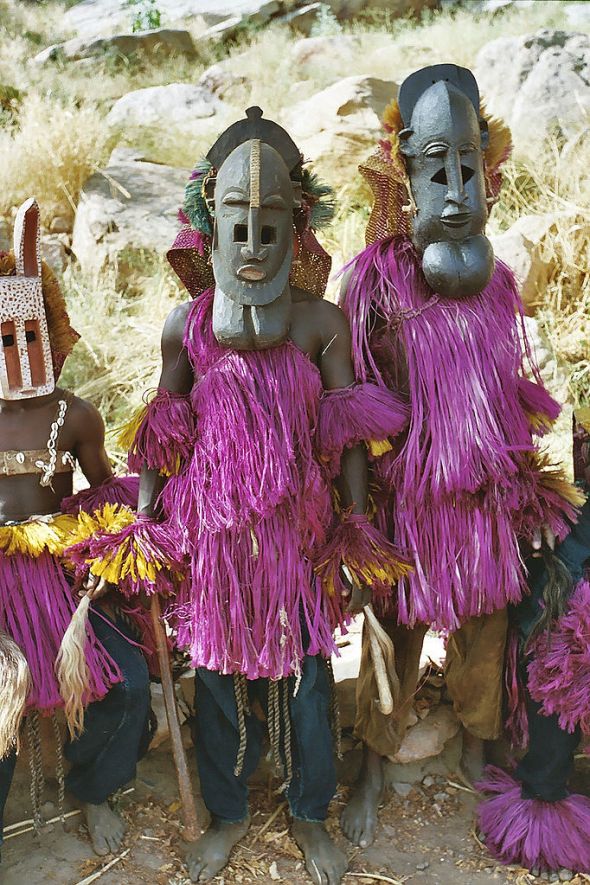 Dogon masked dancers by Devriese reproduced under the terms of the Creative Commons Licence CC BY 3.0

I first caught sight of this beautiful beach when it was visiited by one of my favourite travel presenters, the affable Ian Wright, on an edition of Globe Trekker (read the programme synopsis at http://www.pilotguides.com/tv-shows/globe-trekker/series-01/north-east-brazil/). It’s a pig to reach, involving a long bus journey from Fortaleza, but this fishing village is a draw for its dunes and laid-back vibe. Distances in Brazil are huge, so I’d have to fly of course, but I’d like to combine it with the cobbled streets of Salvador at carnival time. 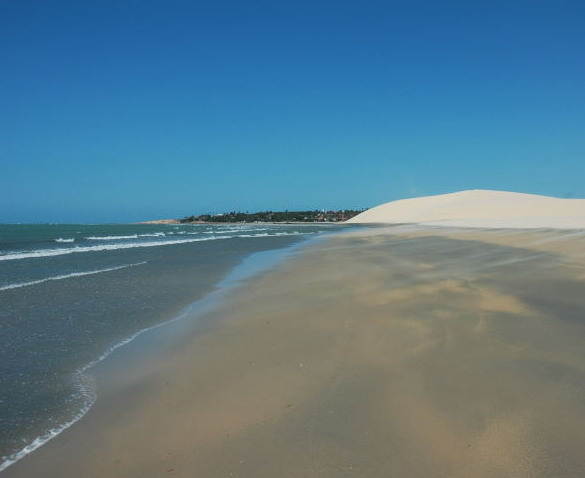 Room for one more at Jericoacoara beach by Nolispanmo reproduced under the terms of the Creative Commons Licence CC BY_SA 3.0 DE

This entry was posted on March 18, 2015 by juliamhammond. It was filed under Destination information, Independent travel and was tagged with Bucket list.